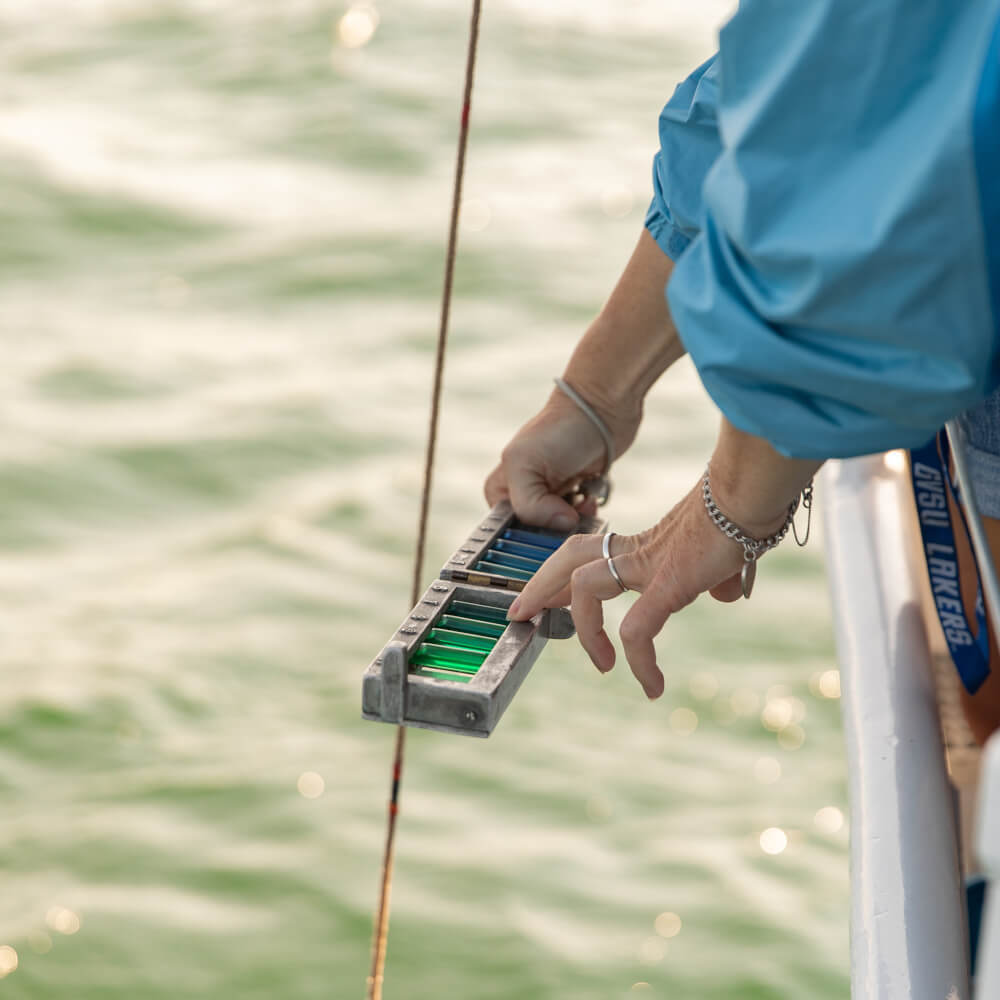 A passenger on a GVSU research vessel analyzes water color samples while on a research trip.
Image Credit: Valerie Wojciechowski

Alan Steinman, director of Grand Valley State University's Annis Water Resources Institute, will speak at an event hosted by FLOW (For Love of Water) that will focus on the government's role in protecting health and the environment.

Steinman, a global expert on freshwater ecosystems and research, will present alongside four other experts on policy that relates to water.

“Perhaps more than ever before, with the threats of climate change, invasive species and legacy contaminants impacting the health of the planet and its inhabitants, including humans, enlightened governmental regulation is needed to help ensure we have clean air, soil and water not only for the current generation, but even more importantly, for future generations,” Steinman said. “It is an unfortunate fact that when we, as a society, opt for lax environmental regulations, economic development and growth trump environmental integrity every time. Governmental regulation can play a critical role in ensuring that economic vitality and environmental protection complement each other and create new opportunities, rather than being perceived as combatants on the planetary battlefield.”

Resetting Expectations: Community Engagement Session on the Role of Government in Environmental Protection and Public Health

The event is free and open to the public, but registration is requested.

The event’s interactive presentation will trace the history of environmental regulation and illustrate how environmental policies protect individuals, families and communities while fostering innovation and economic gains.

"FLOW’s body of research and reports – Resetting Expectations: Government’s Role in Protecting Human Health and the Environment and the community conversations – is designed to show that the benefits of government protections are both measurable and overwhelmingly favorable in the realm of environmental protection, where the quantifiable benefits of protections greatly exceed the costs imposed on business and the economy," said Stanley “Skip” Pruss, who authored the reports and is the former director of the Michigan Department of Energy, Labor, and Economic Growth and former FLOW board chair.

Other speakers will include:

The last half-century has witnessed sweeping changes in the public perception of government and its role in advancing the public interest and improving public welfare. Surveys today show public trust in government is in sharp decline and criticism of government has become a bipartisan social norm. To many, “government regulation” connotes undue interference with markets, competition, and the economy, yet, at the same time, surveys show overwhelming bipartisan support for an essential function of government: the protection of air, water, public lands, and natural resources. 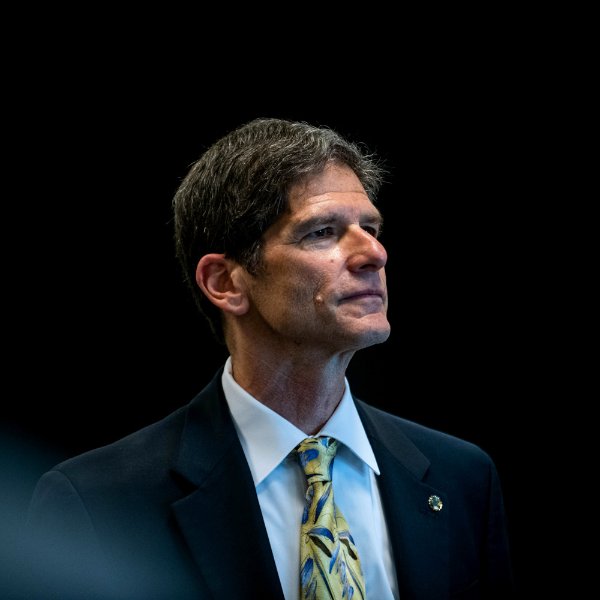