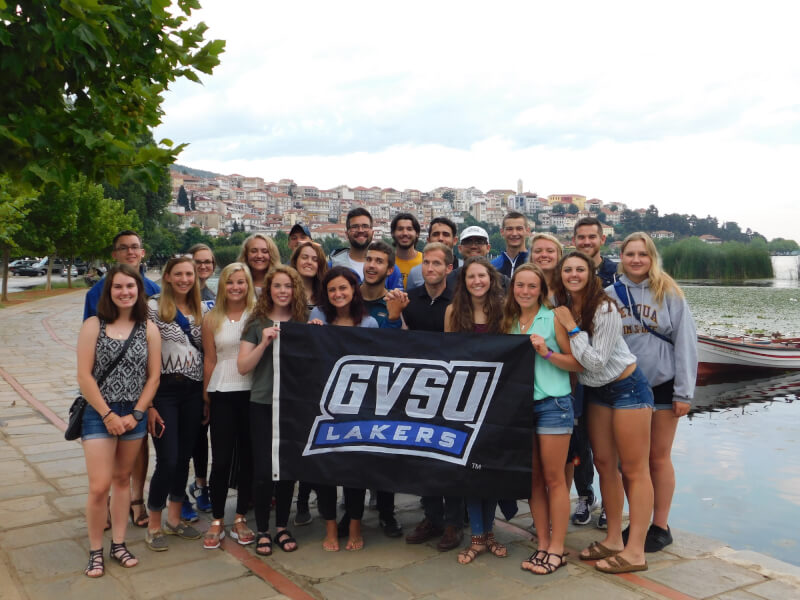 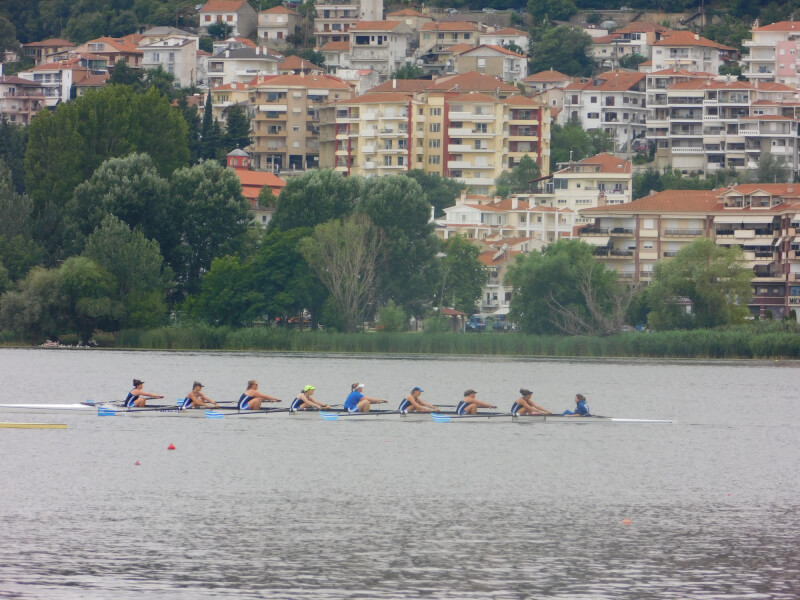 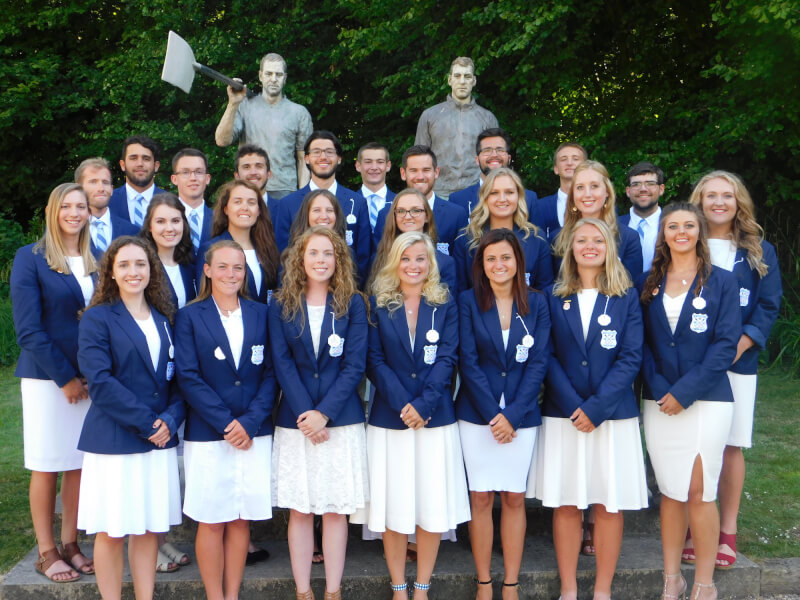 Before competing on the Henley-on-Thames in England, the Grand Valley rowing team traveled south to Greece in June, where they trained in Kastoria and spent time exploring the country.

About 25 student-athletes and four coaches participated in the three-week trip overseas.

A parent of a student-athlete who head coach John Bancheri trained invited the team to Greece, where students met the mayor of Kastoria and trained with members of the Greek National Rowing Team.

"In one week, students got to experience so much of the country," Bancheri said. "They spent a day at the beach with Mount Olympus as a backdrop, rowed on a lake that was the site of a settlement from the Neolithic Period and got to visit the world-renowned monasteries of Meteora. It was a pinnacle in my 38-year career."

In London, three Grand Valley crews competed to qualify in the historic Henley Royal Regatta; the men's four boat advanced to the competition. The regatta, which took place July 4-8, is one of the oldest and most prestigious regattas in the world that includes teams from universities such as Harvard, Columbia, and University of London.

Before the Henley Royal Regatta, all Grand Valley crews participated in the Reading Town Regatta in London.

Assistant coach Costas Ciungan said that although the trip focused on training and racing, it was also a cultural and learning experience.

"What the athletes will take out of this journey is everything they put in," he said. "All the hard work and discipline paid off and they had the opportunity to represent Grand Valley abroad." 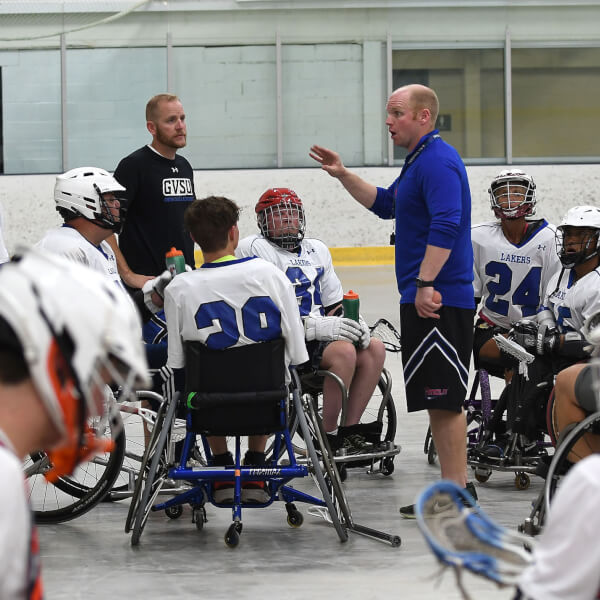 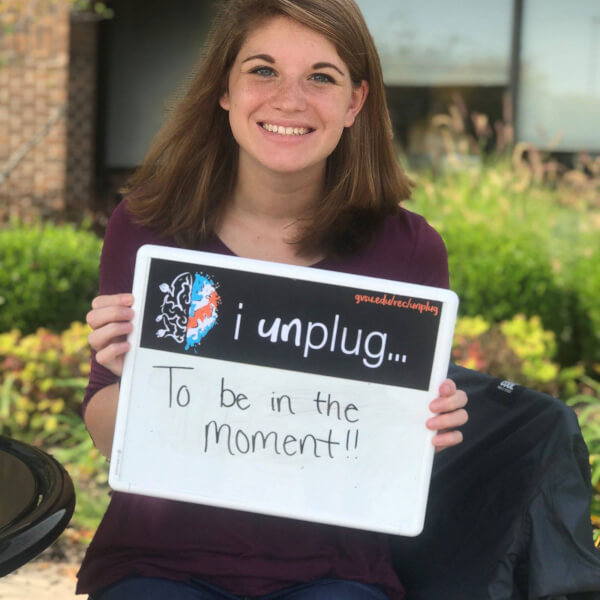 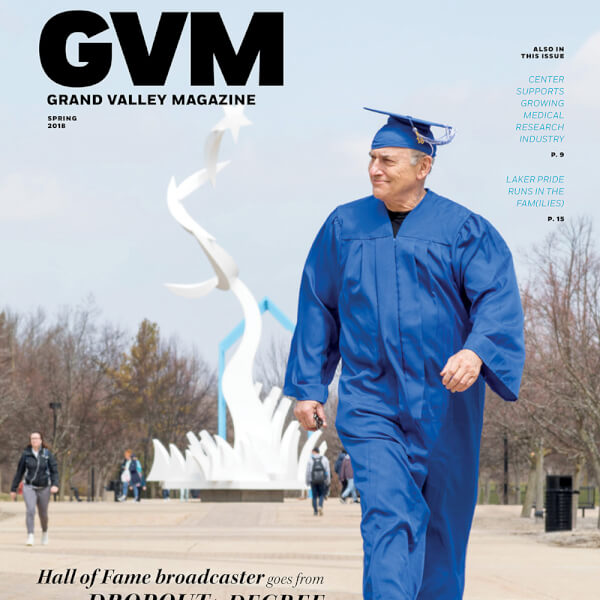