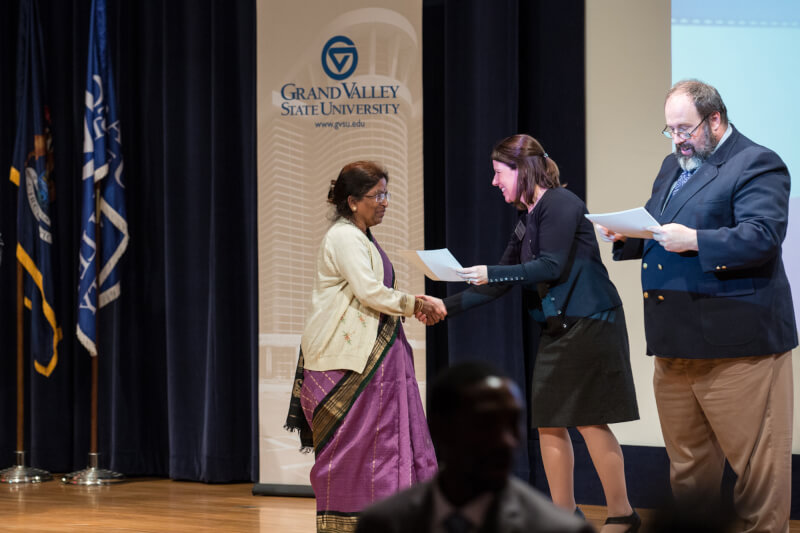 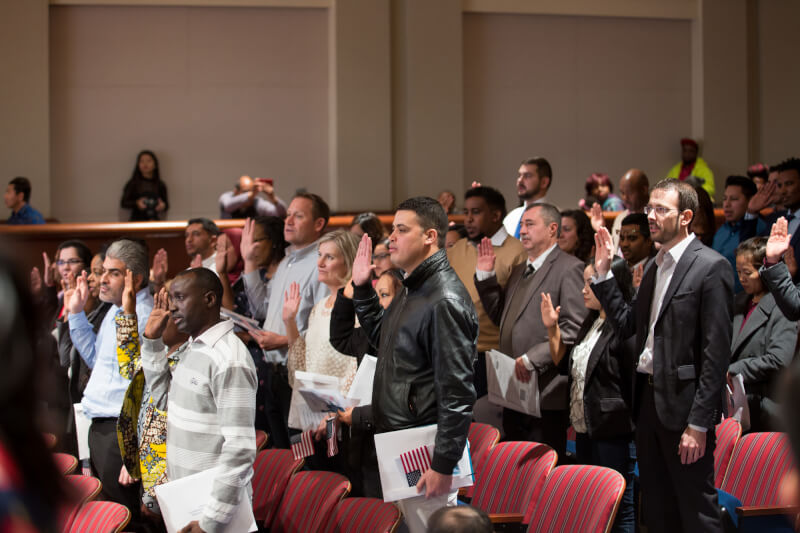 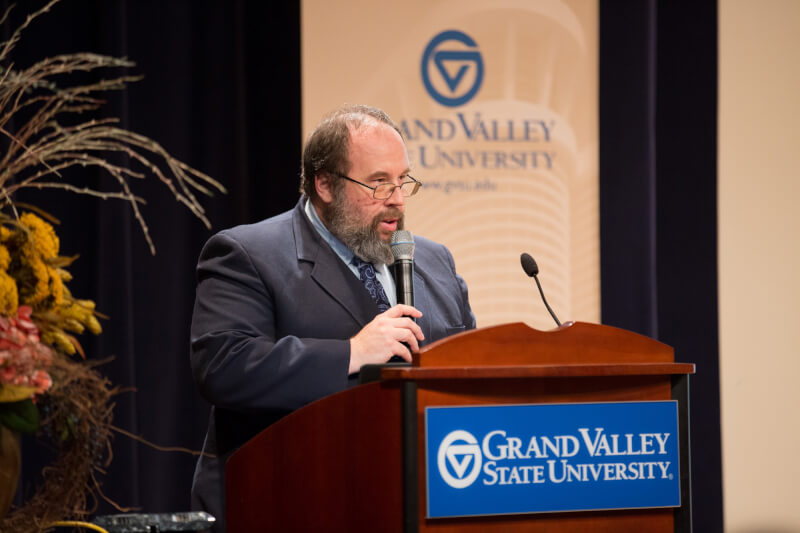 Seventy-seven people brought 77 stories of their journeys to the U.S. to a naturalization ceremony held October 26 at the DeVos Center on the Pew Grand Rapids Campus.

"Your stories are now woven into the fabric of this country," said Douglas Pierce, supervisory immigration services officer.

The naturalization ceremony was hosted by students in Grand Valley's international relations program. Polly Diven, professor of political science and director of the IR program, said it's the second time the ceremony has been at Grand Valley's Pew Grand Rapids Campus.

"My father's parents left Italy for New York City in the early 20th century," Cimitile said. "They were discriminated against, they did not speak the language, but they kept moving forward and created wonderful lives for their children."

She also urged the new citizens to vote, calling it a right and privilege. 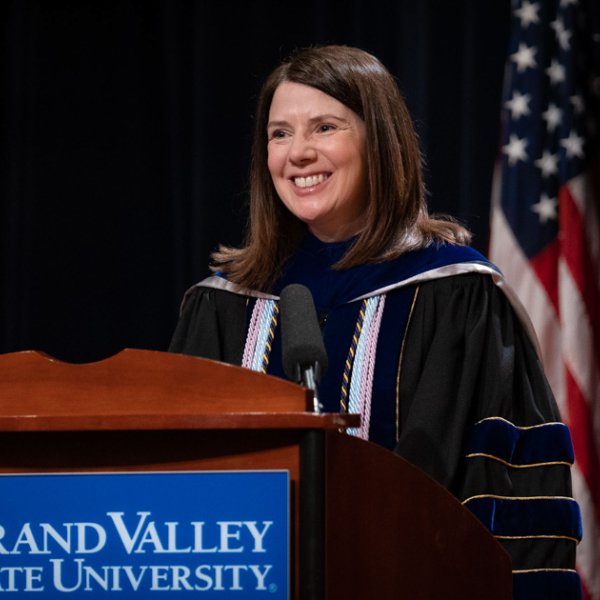 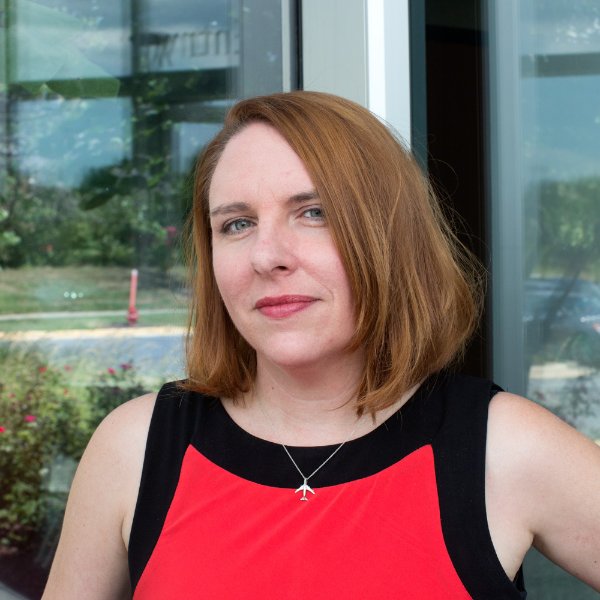 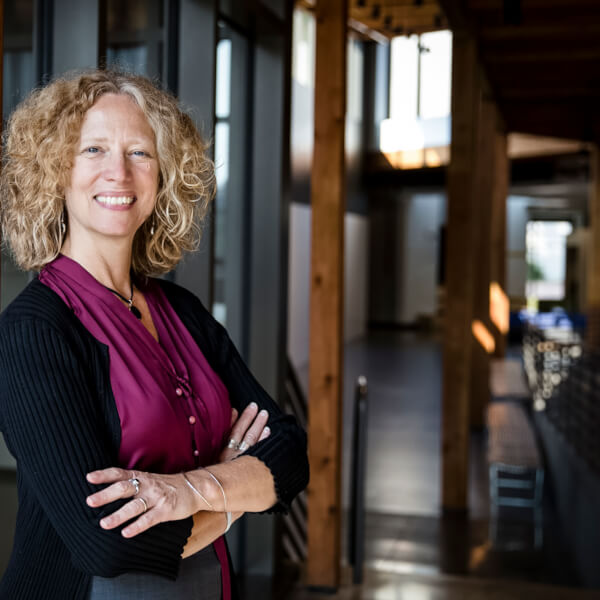