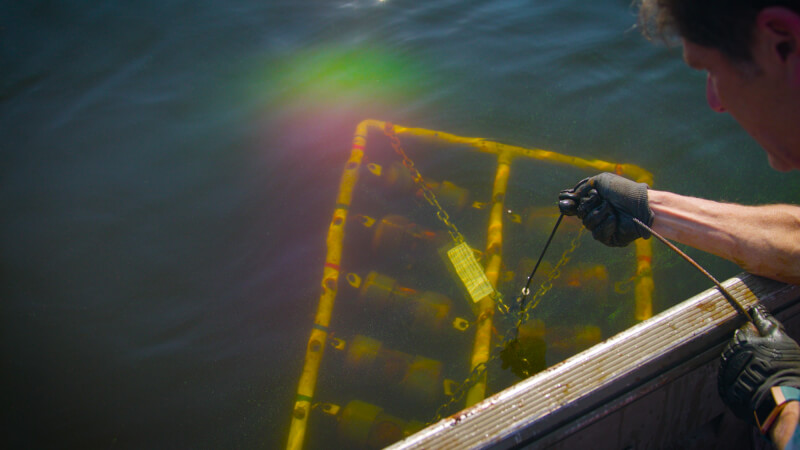 An international group of scientists led by a pair of Grand Valley researchers is exploring the biological and chemical impact of microplastics in a West Michigan lake.

Alan Steinman, the Allen and Helen Hunting director of Grand Valley's Annis Water Resources Institute, is leading an exploratory research study to find out what kinds of toxic chemicals and bacteria are attracted to tiny pieces of plastic that are increasingly being found in lakes and oceans worldwide.

"When a piece of microplastic winds up in the water, it generates a biofilm, a consortium of different organisms that tends to form on almost any surface that spends time in the water. Chemicals, which we refer to as persistent organic pollutants or POPs, can be either taken up by the microorganisms in the biofilm or attach to the biofilm layer. As the biofilm is eaten by other organisms, such as fish, they can work their way up the food web. We're doing genomic and chemical analyses on what is associated with three different types of plastics that are often found in microplastic waste to see what kinds of materials they are absorbing and attracting," Steinman said.

Plastics are becoming more controversial in communities across the U.S. as a handful of municipalities are taking small steps to ban certain plastic products from use, like shopping bags and straws, and as information about the global plastic problem in oceans becomes more widely known.

"Microplastics are a hot topic here in the Great Lakes and in our oceans, so we're gathering information from three different kinds of plastic that we're letting incubate underwater for periods of one month and three months at two different locations and two different depths in Muskegon Lake," Steinman said. "We hope to see what kinds of organic chemicals attach to these plastics because that can be a source of toxicity for fish and other aquatic organisms.

"We also want to know what kind of organisms colonize these tiny plastic spheres because that kind of information is simply not known at present. We're really going to see what's attached to plastics, as opposed to most studies that sample the water or sediment to see what plastics are present."

"This experiment will help tell us what kinds of plastics are more toxic than others, and where that toxicity is coming from. Right now, we know they are a problem, but we don't know the mechanisms by which they are a problem," Steinman said. "There are direct impacts from plastics where animals might ingest them and clog their internal systems, or there can be indirect impacts where they're taking up the plastics but the plastics have toxic chemicals attached to them, and it's the chemicals that are actually impacting the animals. This will tell us how important those chemicals are that are attached to different kinds of plastics."

Steinman said this study is attempting to build a baseline of understanding of the problem rather than testing a specific hypothesis. The study is being funded by the Allen and Helen Hunting Innovation Fund.

"We're fortunate that we have the Allen and Helen Hunting Research and Innovation Fund to support this work because this kind of exploratory research is very difficult to get funded by traditional agencies," Steinman said. "We're trying to see what's out there and from that information, we can generate testable hypotheses.  That will allow us to pursue funding from more traditional sources, such as the US EPA, MDEQ, and NSF."

Steinman is assisted in his research by Maggie Oudsema, research assistant in his lab at AWRI. Chemical analysis for the project is being completed by John Scott, senior analytical chemist at the Illinois Sustainable Technology Center at the University of Illinois at Urbana-Champaign.