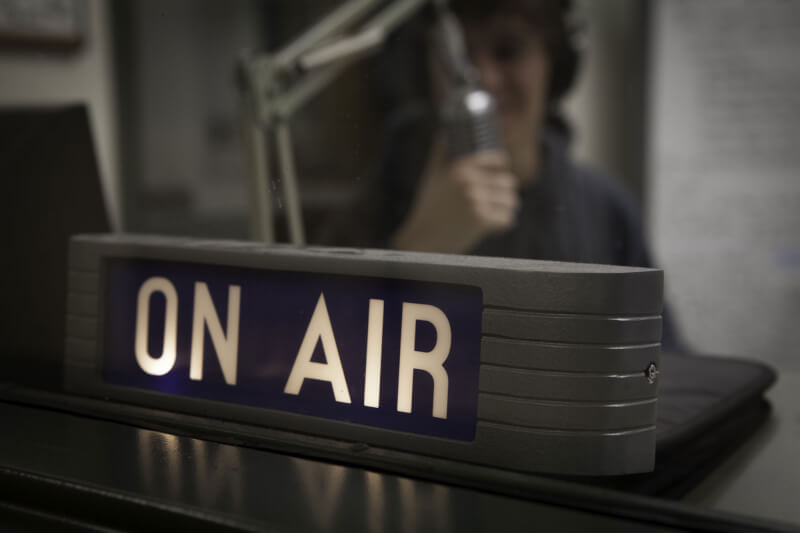 Broadcast content produced by GVTV and WCKS "The Whale" received honors from the Michigan Association of Broadcasters Student Media Awards. Students received the awards during a luncheon in Lansing on March 8.

Len O'Kelly, assistant professor of multimedia journalism and faculty supervisor for GVTV and WCKS, said these awards can make a big impact for students.

"The job market is tough and any advantage a student can gain to stand out helps," he said. "The students working for campus radio and TV don't get paid, nor do they receive credit. They are doing the work to better themselves as journalists and broadcasters, and these recognitions are an endorsement of the skills and training they receive at Grand Valley."

Staff for the Lanthorn also recently won awards in the 2016 College Better Newspaper Contest, sponsored by the Michigan Press Association. Audra Gamble, former editor-in-chief who graduated in December, took home four awards for writing, the most of any single college journalist in Michigan. The Lanthorn competes in Division I against schools like University of Michigan, Central Michigan University and Eastern Michigan University because it publishes more than one edition per week.

For more information about the Lanthorn, visit www.lanthorn.com.