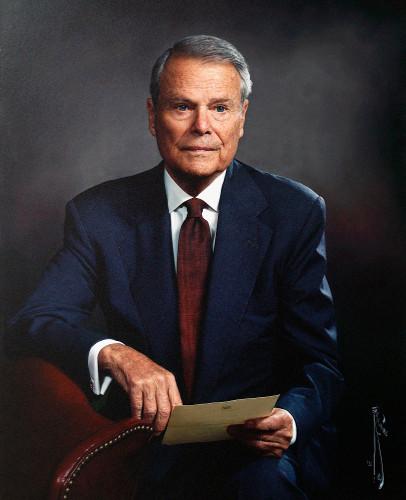 Grand Valley State University joins the community in mourning the death of Ralph W. Hauenstein. His family said he died in Grand Rapids January 10, 2016. He was 103 and just two months from his birthday.

Hauenstein was a major supporter of Grand Valley, including his significant gifts to found, and later expand, the Hauenstein Center for Presidential Studies.

Hauenstein went beyond financial support for the university, sharing both his insights and his time as a member of the Grand Valley University Foundation advisory cabinet. He was often seen with the students in the Cook Leadership Academy in the Hauenstein Center. Up until recently, he attended many of the programs and events of the center, which are designed to promote ethical leadership.

After a career in newspapers in Grand Rapids, he served in intelligence during WWII under General Eisenhower. After a distinguished military career, he became a business leader in the import-export business. Hauenstein went on to become a leading philanthropist in the region.

“Ralph Hauenstein was an extraordinary individual,” said Grand Valley President Thomas J. Haas. “He was a man of great honor, great integrity and all who knew him feel it was a privilege. His presence in our lives and in this community will be sorely missed.”

He received an Honorary Doctorate from Grand Valley in 2004, saying in a speech: “If you are going to be a leader, if you are going to serve your community and your country, then you must not be timid or resigned to come-what-may. You must take the future into your own hands, to the extent that you are able. You must work to turn the odds in your favor. What is needed are courageous, visionary leaders.”

Director of the Hauenstein Center for Presidential Studies Gleaves Whitney said: “Ralph Hauenstein’s life of leadership and service inspires everything that we do at the Hauenstein Center. He was active in our programs, strategic vision and students' development. Ralph had the gift of friendship. He was an effective, ethical leader in every endeavor he undertook. In an age that fixates on celebrity, Ralph was a true hero, the real deal. He always stressed ethics, integrity and service to others. He was a dear friend, and we will miss our mentor deeply." 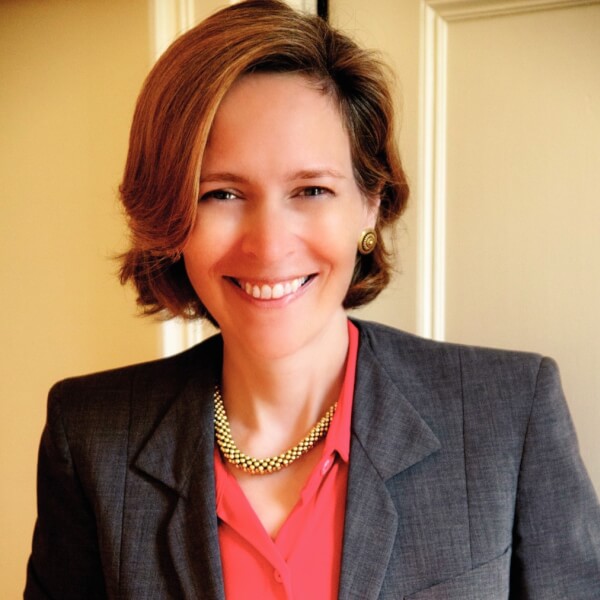 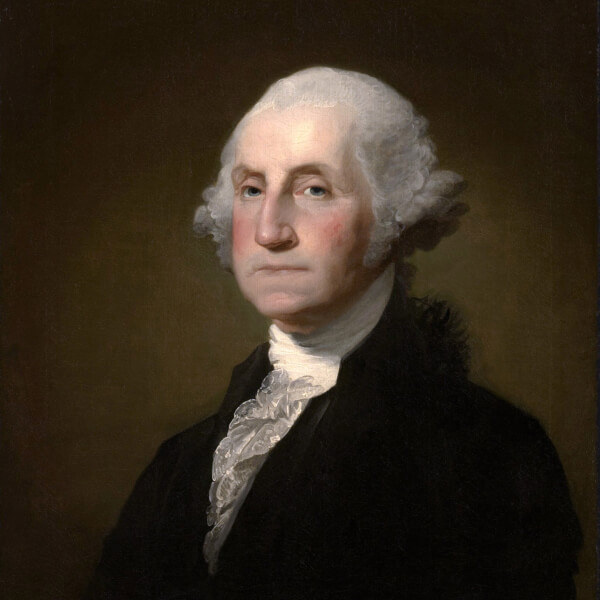 Why Presidents' Day should focus more on George Washington