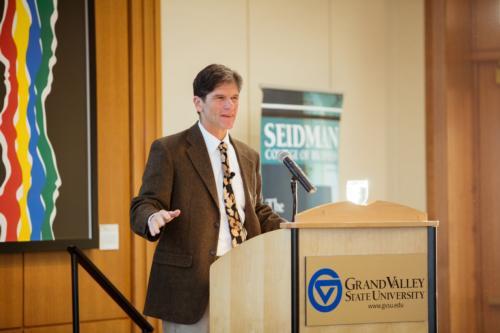 When it comes to fresh water, no other location on the planet has the geographic advantages or resources that Michigan has, said Alan Steinman, director of Grand Valley's Annis Water Resources Institute.

Steinman was the featured speaker October 15 for the Peter F. Secchia Breakfast Lecture held at the Seidman Center.

In his speech, "Michigan's Blue Economy: Why Water Matters," Steinman provided a historical perspective of water's role in Michigan's development and said the Blue Economy is critical to the future of the state.

Steinman said there are more than 350 emerging water-related companies in Michigan.

"Water is needed to fuel our economy," Steinman said. "We can accelerate Michigan's Blue Economy by forging public/private partnerships, bringing businesspeople and researchers together to solve and discuss water and new technology issues."

He said compacts can be created to challenge communities to share ideas for water-focused economic development opportunities. He also suggested creating a prize to reward the best innovative water development strategies and ideas.

Steinman said research and investment in the Blue Economy is increasing, citing examples like the Grand Rapids Whitewater Project and research projects at AWRI. He also said millions of dollars have been invested in the prevention and control of invasive species in the Great Lakes like Asian Carp and zebra mussels.

Steinman has published more than 135 scientific articles and book chapters and has been awarded more than $50 million in grants for scientific and engineering projects. He has spoken around the world on the Blue Economy and testified before Congress and both the Michigan and Florida state legislatures. 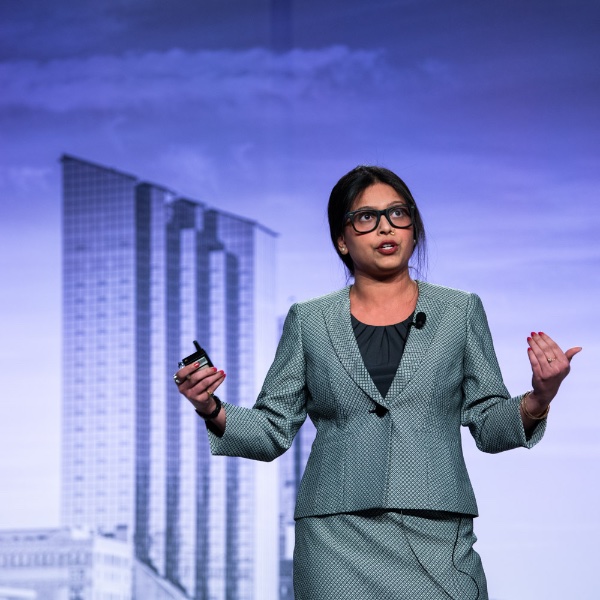 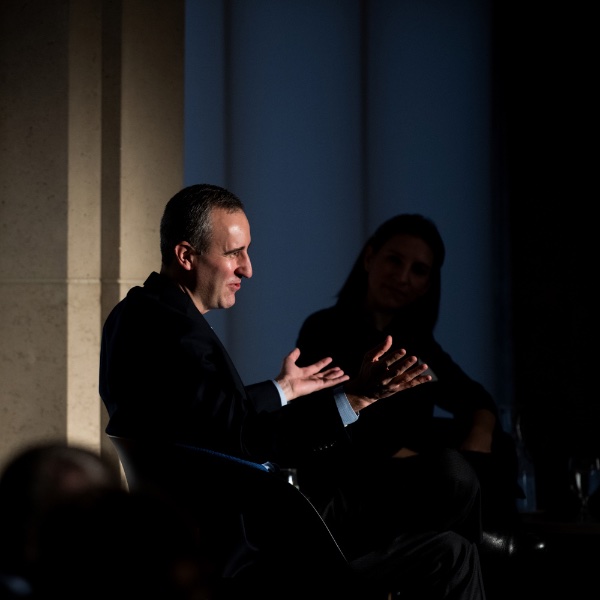 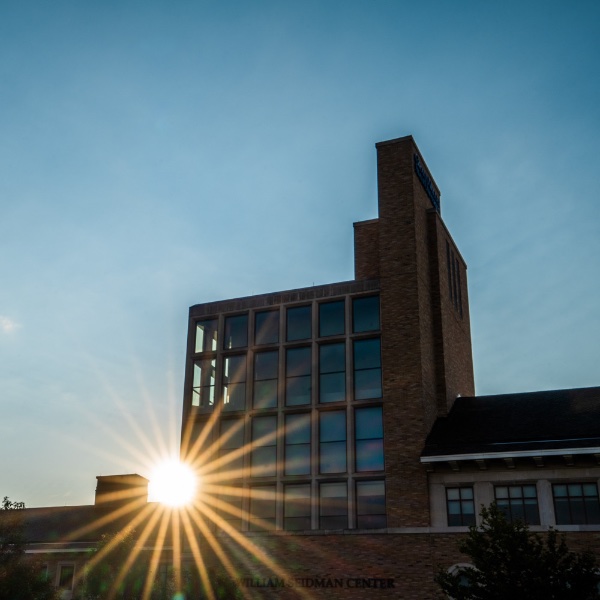