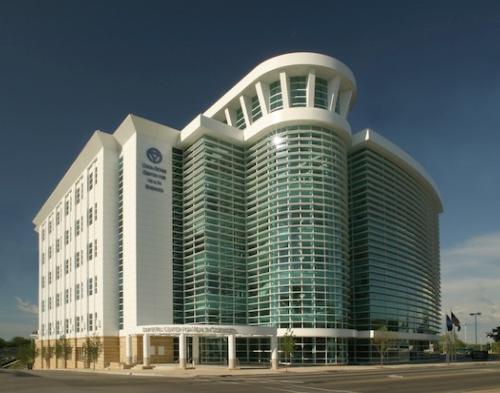 Understanding promising ways to improve daily activity for individuals with heart failure is being studied by a physical therapy professor at Grand Valley State University.

Heart failure is most often a consequence of damage to the heart muscle from heart attacks, viral infections, valve problems, or chemicals, such as chemotherapy. The goal, said Michael Shoemaker, associate professor of physical therapy, is to improve daily activity — whether it's concentrated exercise or more daily movement in general — for this growing population of people.

"Asking a patient with heart failure to exercise more often isn't enough, so this study looks at the effects of consistently working with them to change behaviors and create habits," said Shoemaker, also a physical therapist for Spectrum Health. "The more active you are, the better you'll function, and the longer you'll live."

The study is led by Shoemaker and Michael Dickinson, medical director for heart failure at Spectrum Health and medical director for the Richard DeVos Heart and Lung Transplant Program. The study includes 33 subjects whose ages range from 41 to 85 years old. A physical therapist visits with each subject once a week for three months.

Shoemaker said the current model of using exercise to break the cycle of inactivity is ineffective because perhaps some people are too deconditioned to be active. Instead, psychosocial-based interventions, such as health coaching and daily activity feedback, could be effective.

Shoemaker said he's been interested in studying "the recliner chair" population for several years. As more people experience heart attacks or are diagnosed with heart disease, the more relevant this study becomes.

The study, which began in October 2014 and is halfway completed, is supported through a $40,000 grant from Medtronic's Cardiac Rhythm Disease Management External Research Program.

Shoemaker hopes results of the study will provide valuable information for clinicians and physicians on how to council patients with heart failure on increasing activity levels and exercise.