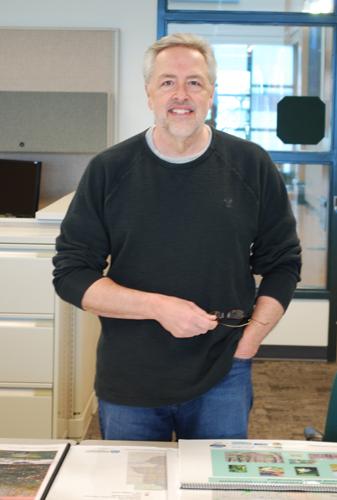 Koches has been involved in sustainability initiatives in West Michigan for more than two decades. He organizes an annual sustainability conference that became so successful it became part of the Grand Valley Metro Council’s “Blueprint” project in the early 1990s, and became known as the “Growing Community Conference” for many years after that.

Koches has also played a large part in designing watershed management plans that cover most of West Michigan and nearly a quarter of Michigan’s Lower Peninsula. He was recently named the chair of the Lower Grand River Organization of Watersheds.

Koches has worked for AWRI and Grand Valley for 25 years. He manages the Information Services Center and his group does watershed research, land use change analysis and geospatial modeling.