LAKERS TOGETHER: ‘We can’t wait to meet you.’ One constant is our passion for teaching. Watch a faculty member talk about your learning experience. 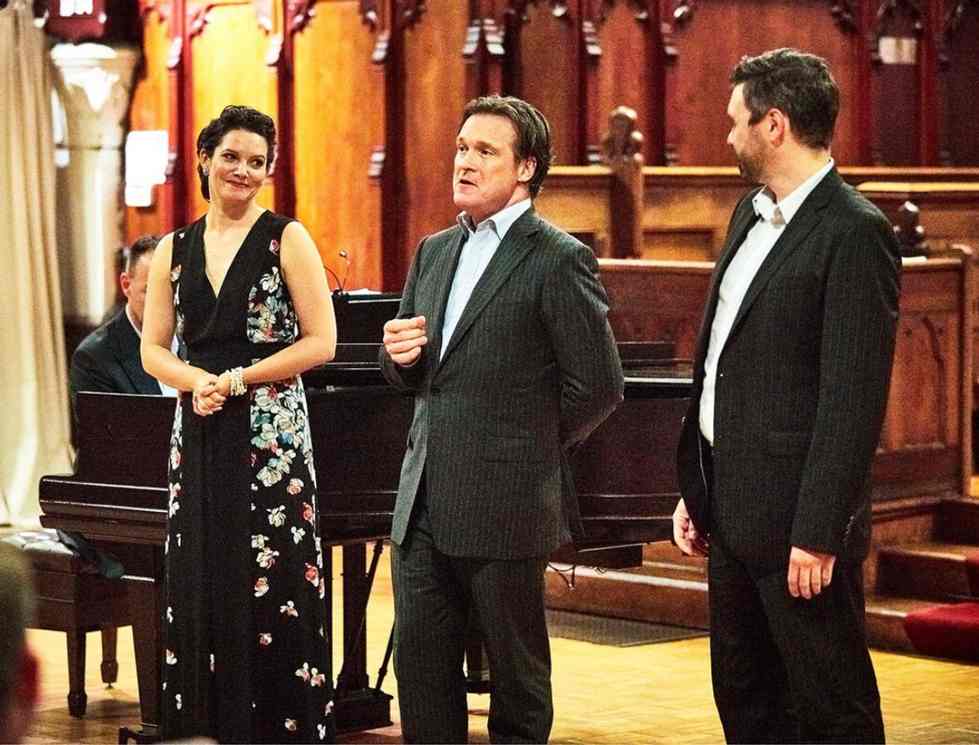 For a quarter century, this enterprising ensemble of voices has been presenting new American songs with both charm and expertise....Charm is a quality that this ensemble of three engaging singers has in spades.  The New Yorker

Unlike most chamber music enterprises, the Mirror Visions Ensemble is run by singers rather than instrumentalists, and its programs are shaped with an ear to the poetry of song texts rather than to overarching notions of musical style. New York Times

I was completely unfamiliar with The Mirror Visions Ensemble, but the fascinating program offered at the Longy School's Pickman Hall on October 21 has definitely put them on my radar... All three [singers] have attractive voices and expressive stage presence, whether singing alone or in well-matched ensemble.  Boston Musical Intelligencer

The four members of The Mirror Visions Ensemble (soprano Vira Slywotzky, tenor Scott Murphree, baritone Jesse Blumberg and pianist Alan Darling) are all wonderful performers, as we heard during the recital's solo songs. Not only do all the singers have fine voices and clear diction, they use these attributes skillfully in communicating the meaning of the words...This was memorable music making.  New York Concert Review

Mirror Visions Ensemble (MVE) was founded from a desire to explore the relationship between music and text, initially through the creation of “mirror visions” — settings of the same text to music by different composers. The group's passion for storytelling has produced thematic concerts on surprising subjects, based on scholarly research and laced with humor, leading to the revitalization of art song programming. Featuring soprano, tenor, baritone and piano, often joined by other instrumentalists, MVE’s programs take audiences on an imaginative journey through song, showcasing well-known and often-neglected pieces by composers both familiar and new, set to texts by poets and historical figures that encompass published works, correspondence and other anecdotes.

Now in its 26th season, Mirror Visions Ensemble has championed and fostered the work of new composers, providing a platform for their works to be showcased through the commissioning and performance of over 85 works by 28 composers, including Tom Cipullo, Scott Wheeler, and Pulitzer Prize recipient Yehudi Wyner. Dedicated to developing the future catalogue of vocal chamber music, the ensemble launched its first-ever Young Composers Competition in the 2015-2016 season, awarding four commissions to early-career composers.

More information may be found at https://www.mirrorvisionsensemble.org


Page last modified July 2, 2018
Report a problem with this page