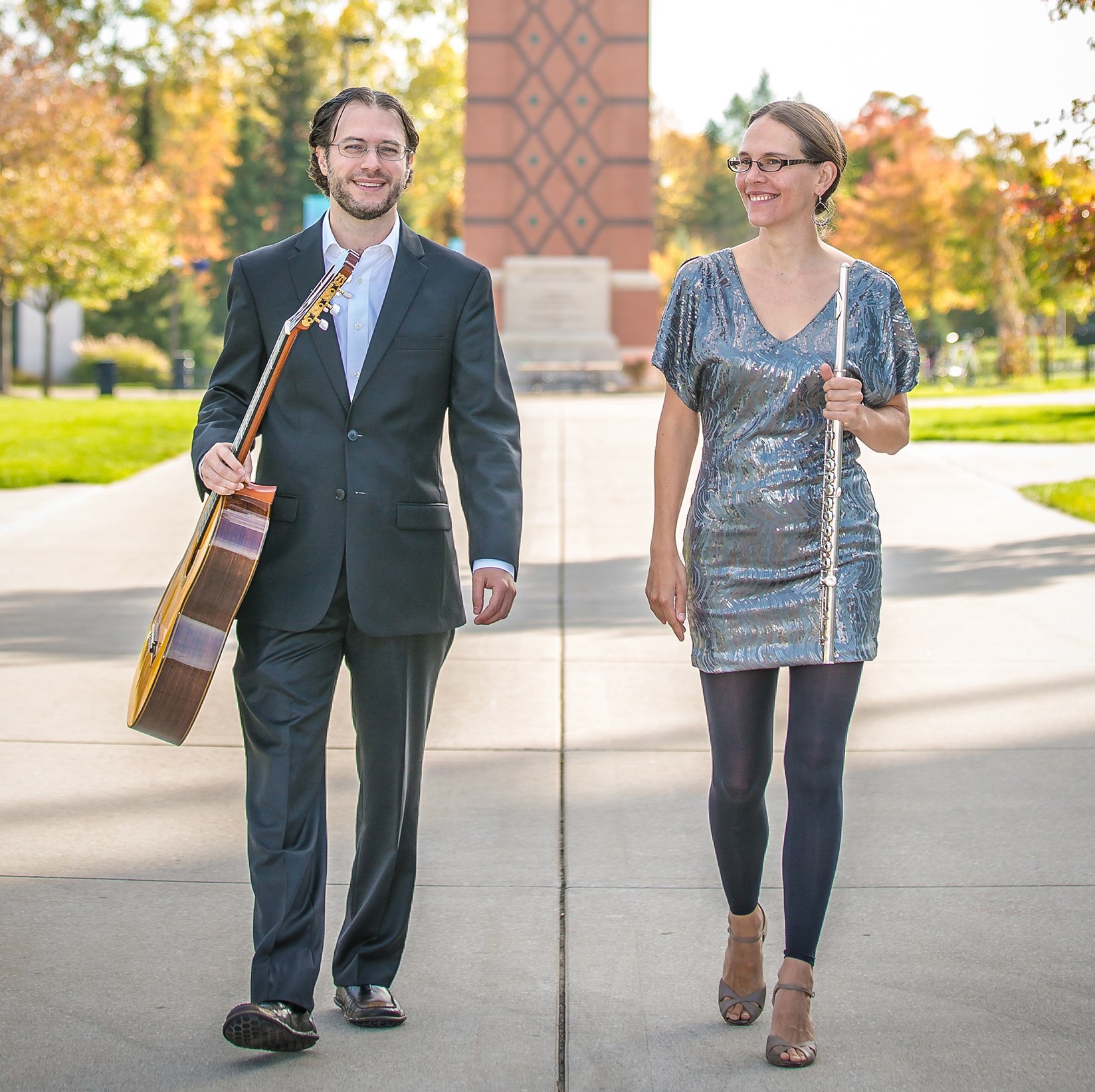 Andrew Bergeron and Carmen Maret are performers, composers, educators and entrepreneurs from Grand Rapids, Michigan known for their work as the Folias Duo.

Daring in self written music…with a great range of energy and sensitivity. American Record Guide

There’s really a lot to like here for enthusiasts of tango, blues, and jazz. Performances are suave and full of energy. Audiophile Review

Carmen Maret and Andrew Bergeron are facile players…They draw on tango rhythms and melodies sometimes; at other times they write with a scenic sensitivity…mysterious… charming…evocative. Fanfare Magazine

Folias Duo’s fifteen-year performer/composer collaboration has taken this nomadic husband and wife duo to stages throughout the United States and around the globe including Sweden, Denmark, Germany, Austria, Italy, Portugal, Argentina, and Chile. They have a fearless approach to developing new compositions for flute and guitar, an expertise for arrangements of Argentine tango, and a passion for South American folk, jazz and world music. About Folias’s performing and composing, Robert Schulslaper of Fanfare Magazine writes: “Carmen Maret and Andrew Bergeron are facile players…they draw on tango rhythms and melodies sometimes; at other times they write with a scenic sensitivity…mysterious…charming…evocative,” while Todd Gorman of American Record Guide calls the Folias Duo “daring in self- written music” and “a nice touch of originality.”

Folias Duo’s concert touring combines their versatility as composers, arrangers, and performers with their prowess for self-management and promotion. Their self-booked 2018 summer tour includes twenty performances throughout the western United States, while recent Michigan performance highlights include the Scarab Club Chamber Music Series in Detroit who presented Folias’ arrangement of Piazzolla’s Angel Suite for flute, guitar and string quartet and the Grand Rapids Art Museum Classical Series who presented a program of all original music and arrangements from their Dreaming to Live release. Textura magazine writes: “Maret’s sinuous flute, alto flute, and piccolo playing is a constant delight, while Bergeron’s deft finger-picking makes a strong impression. The purity of her tone and the unerring precision of his guitar work are an enticing combination.” 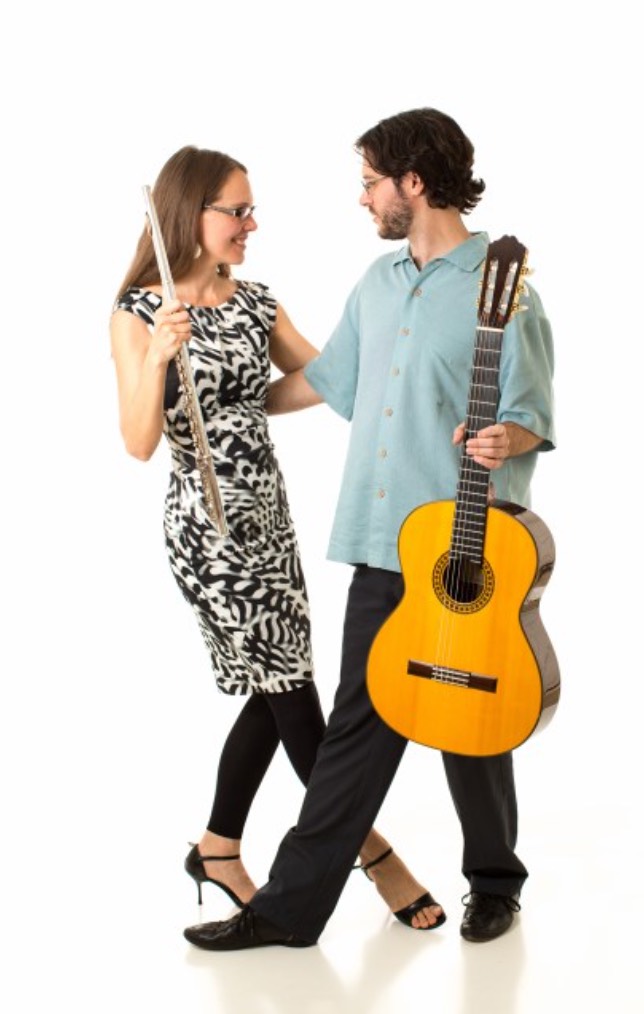 Page last modified December 3, 2018
Report a problem with this page