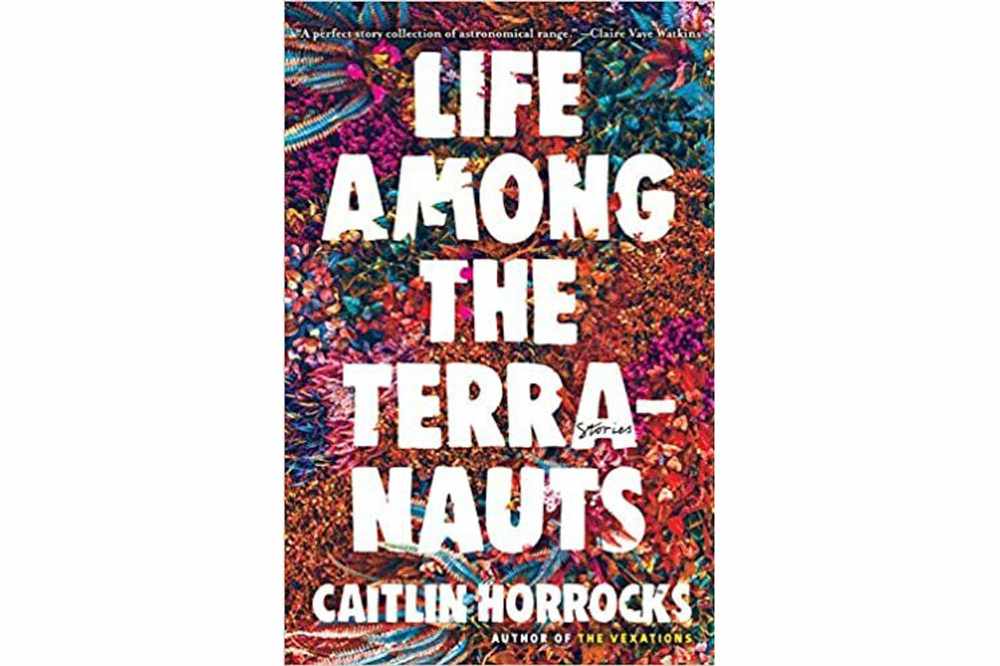 A Grand Valley faculty member whose first novel earned national cachet has followed up with a collection of short stories that has again created buzz and gained reviews from major publications.

Caitlin Horrocks' recently released book, Life Among the Terranauts, has been widely recognized and reviewed, including pieces in the Wall Street Journal as well as The New Yorker, which called the book a "potent short-story collection." It was also an editor's choice of recommended books for the week in the most recent New York Times Sunday Book Review.

Horrocks, an associate professor of writing, is grateful that the "stars aligned" for this book to receive such a reception after the success of her 2019 novel The Vexations, which was named a must-read by O, The Oprah Magazine and one of the Wall Street Journal's 10 best books of the year.

"Everything in writing and everything in publishing is so uncertain that any time something lands, it’s exciting," Horrocks said.

It also turns out that the writing processes for her novel and for her short-story collection were quite intertwined. Horrocks said she wrote the stories in Life Among the Terranauts over a long period of time, sometimes turning to them for a necessary creative break while writing her novel.

"Whenever the novel would get rough going, I would sort of take refuge back in the story form," Horrocks said.

Noting with a chuckle that when writing a novel, it never leaves your to-do list, Horrocks said there is a psychological weight to working through such a massive project. In contrast, she said, with stories, which typically range from 1,500 to 8,000 words, there are more finish lines and confidence boosts along the way.

She said she has come to appreciate the writing process for both literary forms.

"What I like about both of them as a writer is similar to what I enjoy about them as a reader. With a novel, you get this extended immersion into another world," Horrocks said. "As a story writer and story reader, I appreciate the opportunity to dive in and explore a bunch of different people and places and scenarios."

For this short-story collection, she said she pivoted from previous exploration of people in isolation to what it is like for people to live in communities, from a town to a family to being sealed in a biodome, which is the scenario in the title story.

With this book released, Horrocks admits to feeling pressure to produce another piece, though finding the capacity is challenging at the moment. Still, she said she has never experienced true writer's block and always has ideas she is excited to explore.

"I think what's next is in there floating around in some kind of amoeba form," she said, noting another novel is calling to her.

Return to the listing of news and events.


Page last modified February 2, 2021
Report a problem with this page