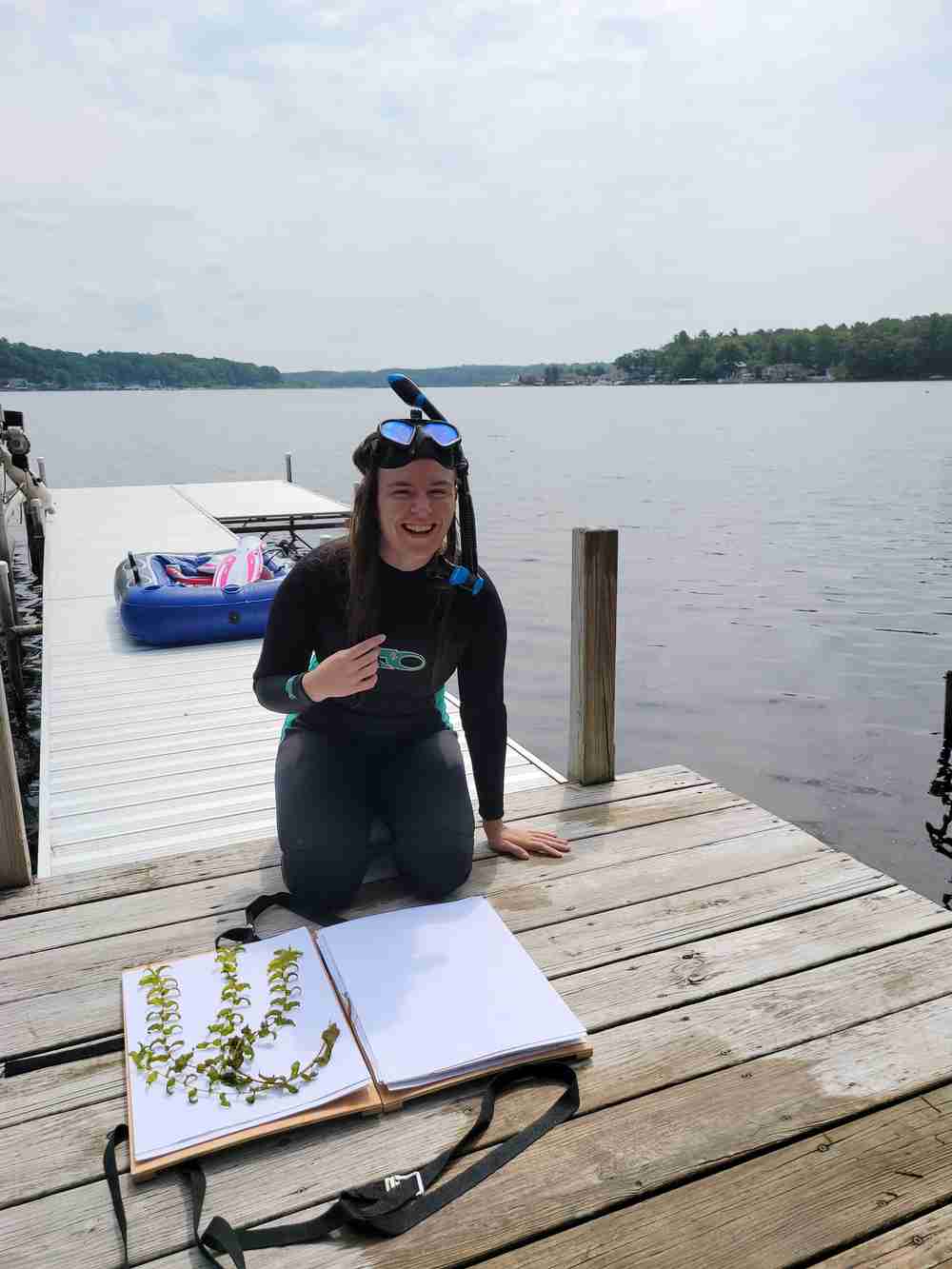 In her study, Emily focused on the overall growth of starry stonewort on the local scale and predicted habitat suitability across a regional scale in the invasive range. On the local scale, Emily documented the peak densities of starry stonewort in two Michigan drowned river mouth lakes (DRMs), Pentwater Lake, and Muskegon Lake across 4 sites (a private marina, residential reference, residential management on Pentwater Lake, and a large bay on Muskegon Lake) by performing snorkel surveys to destructively harvest aquatic flora within quadrats. These local results showed the abundance of starry stonewort increased significantly over the growing season (July-Oct) with highest densities ranging from early August at Muskegon to mid-September at the private marina, with the marina having significantly greater biomass densities. On the regional scale using two species distribution models, Emily uncovered starry stonewort was predicted to occur in areas with greater urban development around the shoreline of lakes with a possible increase in suitability in the northeast U.S. states. This was the first study to document the growth patterns of starry stonewort in drowned river mouth lakes and predict habitat suitability using landcover variables across a large geographic region. This information will be useful for lake managers and lake associations to aid in the timing of management for starry stonewort and facilitate early detection plans in states that could be suitable for starry stonewort invasion.

After completing her master’s degree, Emily is pursing a job in the aquatic science field.


Page last modified July 23, 2021
Report a problem with this page