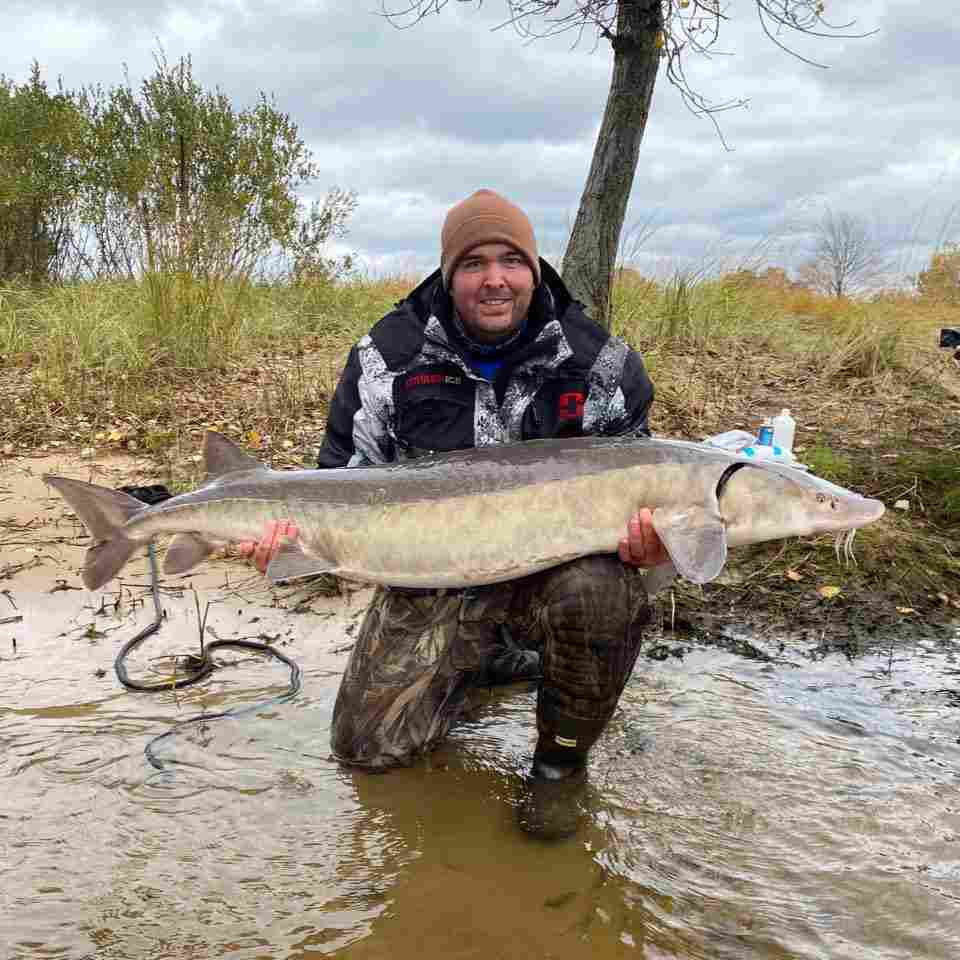 Jason evaluated the spawning success of lake sturgeon in the Kalamazoo River on an artificial reef constructed in 2016. Adult capture, egg surveys, and larval drift sampling occurred each year 2016-2019. Successful spawning was documented every year of the study below Calkins Dam, where lake sturgeon were known to spawn prior to reef construction. A small amount of eggs were captured on the artificial reef in 2019 but it couldn't be confirmed whether these eggs were spawned on the reef or drifted downstream from the dam. No larvae were captured any year during the study. The study found that adding suitable spawning habitat does not mean that lake sturgeon will use it. The Kalamazoo River population of lake sturgeon are still in peril of becoming extant if we cannot find a way for them to naturally survive from egg to larval stage.

Jason has been a biologist for the Match-E-Be-Nash-She-Wish Band of Pottawatomi Indians since 2012 and will continue to work with lake sturgeon populations in the Kalamazoo and Grand Rivers.


Page last modified May 24, 2021
Report a problem with this page