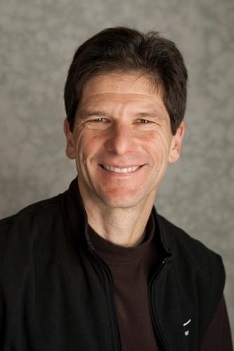 Al Steinman, longtime researcher and professor of water resources, coastal restoration and climate change, has been appointed to the National Academy of Sciences committee to oversee Everglades restoration. Steinman, the Allen and Helen Hunting director of GVSU's Annis Water Resources Institute, will serve a two-year appointment. He and 14 other committee members from universities across the country, including Pennsylvania State, Iowa State, Tulane, Yale, Virginia Tech and Southern California, will evaluate the progress attached with the Comprehensive Everglades Research Plan and write a final report to be submitted to Congress. Their findings will be published in a book.

Evaluating the progress of the research plan is a Congressional mandate that has taken place for the past 16 years resulting in eight biennial reviews. Steinman said he has reviewed book chapters, but this is his first time he’s been asked to serve on the national committee. “Our findings do carry weight,” he said. “Congress will review it and there will be testimony afterward. They will evaluate our findings and determine how to move forward.”

Steinman said restoration of the Everglades is extremely complex and will likely cost at least $16 billion. The main areas of concern are the effects of nutrients, climate change and rising sea levels. “There is way too much phosphorus coming from dairy and cattle farms into the Everglades,” said Steinman. “The joke in south Florida is — the difference between a drought and flood is 24 hours. The weather just changes so dramatically, and the landscape is so flat that water moves very slowly, making the region very susceptible to both drought and flooding.” Water flow is heavily managed with a controlled system of pumps, canals and gates, Steinman explained. The overall goal of the restoration effort is to try, as much as possible given all the development that has occurred in south Florida, to restore much of the landscape to the natural hydrology while controlling nutrients and invasive species.

Return to the listing of member spotlights.


Page last modified April 23, 2021
Report a problem with this page