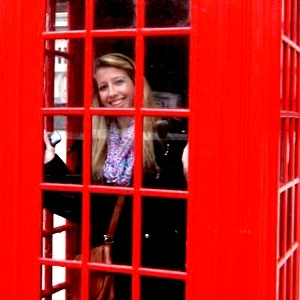 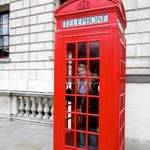 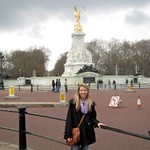 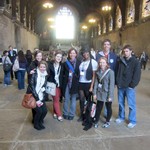 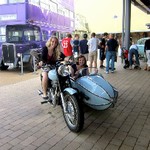 Many people live their whole lives without really experiencing the world. Going to a different country on your own can be scary, but it is also a great learning experience and a great way to really find yourself and become independent.  The United States and Great Britain are quite similar in many aspects, but for the people who have journeyed across the pond, the shock of being in a new place can be quite overwhelming.

Studying abroad can be the most rewarding time in a person’s life. It allows the chance for people to branch out, travel, see the world around them from a new perspective and become more independent.  Of course, there are some downfalls to being away from home as well, such as, the feeling of being homesick and alone.  Not to mention, the currency conversion is definitely not working in our favor these days.

Spending a semester at Kingston University in London changed my life. It opened my eyes to new things and broadened my understanding of a lot of issues going on in the world. Although America is large, it still feels like we’re all living in a big bubble – separated from the rest of the world. You don’t realize what you’re missing out on until you actually leave. There is so much to experience and so many different places to go.

For Chanon, being separated from family was extremely difficult and there were days that she just wanted to curl up and have her mom there for support.  But at the same time, she knew that studying abroad was a once in a lifetime experience and her time in England was limited, so there was no point to dwell on the negatives when she could be out enjoying the company of her friends.  Also, when she was down she just remembered that she was not the only person going through it and there were always friends to talk to.

Being in England allowed Cummings the chance to really mature and branch out.  “I think I’ve really changed,” she said. “I’ve definitely grown up.  I’m a much more independent person now and I think it has really helped me on my path to becoming an adult.”

Like Chanon, William is happy he made the choice to study in another country.  He is from a rather small town in America where everyone knows each other so going to London was a bit of a shock for him.  At first he was worried about the transition and being away from all of the people he grew up with, but he said it has definitely made a positive impact on his life.

Until you leave your home country, you do not fully realize how big and different the rest of the world is.  Fellow American, Rachel, would recommend studying abroad in a heartbeat.  Before leaving home, she would not have considered herself close-minded, but you definitely do not know what is out there until you view the world from a different standpoint.

“Don’t be intimidated to step out of your comfort zone,” Milne advised. “Studying abroad is the opportunity to take learning about the world into your own hands and experience new and different cultures.”