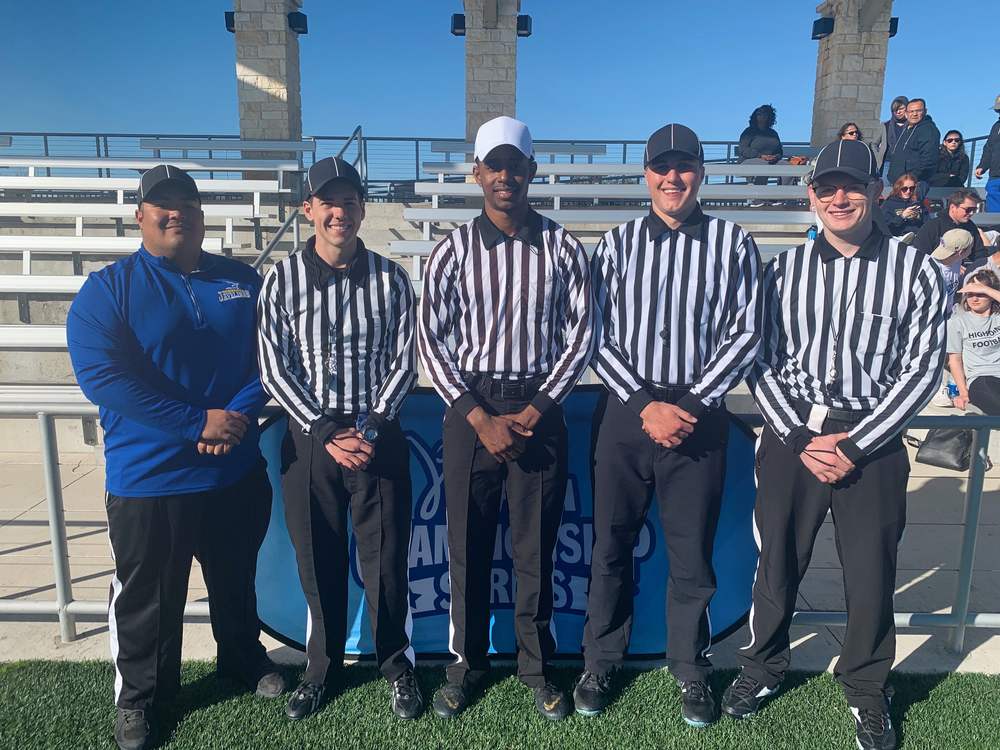 Grand Valley State University student Bryce Muller was named an All-American Official at the 2020 NIRSA Flag Football National Championships. The tournament took place in Round Rock, Texas on January 2-5, 2020. All-American officials are the top officials at the national tournament, and is one of the highest recognitions NIRSA gives to students.

Muller earned the award for his work during the national tournament, which is part of the NIRSA Championship Series. Four divisions of play at the tournament included co-rec, men’s, open and women. Muller officiated nine games throughout the weekend, including the co-rec championship game. Muller was one of 10 student officials that earned the all-american award at the 2020 tournament.

“This award is great recognition for Bryce’s four years of work with our department as a student official and supervisor,” said Mitch Eastlick, Assistant Director, Recreation & Wellness. “Not only is he a great official, but he is an example and mentor to our intramural sports staff. I am very excited for him; congratulations, Bryce!”

In addition to officiating the games, all 45 student officials, including Muller, took part in an officiating clinic, taught by the tournament official’s committee. Muller learned at a more advanced level the rules, mechanics and philosophies that govern football. Many members of the committee also work as officials for Division I or II college football.

“Being able to soak up the high level of knowledge from the clinicians and other officials was awesome,” Muller said.

Muller earned the bid to officiate at the national tournament for his work at a NIRSA Regional Flag Football tournament at the University of Nebraska in November 2019, where he was named an all-tournament official. Throughout his time at GVSU, Muller has worked with and helped train many student officials in a variety of sports. Being a sports official is a thankless job, but one that Muller loves doing. He encourages all students and community members to get involved in officiating.

“People should get involved in officiating because of the community and friendships made while officiating,” Muller said. “ You also learn life skills like communication and conflict management. Plus, this is the most fun thing I do that I can get paid for!”

Muller will graduate from GVSU in April, with a Bachelor of Science in Sport Management and a minor in Marketing. He has worked with the Recreation & Wellness department since 2016, when he was a freshman. As a student employee, Muller has worked as a sports official, intramural sports supervisor, club sports event manager and program office assistant.  He is applying for grad school and has goals to work in collegiate recreation in the future. Muller also wants to continue to advance in officiating and work college football.


Page last modified January 20, 2020
Report a problem with this page