Permanent link for Microaggressions on April 15, 2022

*Content warning: This blog post will discuss bias towards historically marginalized groups, providing examples of microaggressions experienced by these individuals.

Kevin Nadal, a professor of psychology at the John Jay College of Criminal Justice, defines microaggressions as “everyday, subtle, and oftentimes unintentional interactions or behaviors that communicate some sort of bias toward historically marginalized groups”. It’s important to note that microaggressions can be intentional, just like macroaggresions (which we usually refer to as discrimination or oppression), but often they’ve become so ingrained into a society or culture that they aren’t noticed or even known to be offensive. And don’t be fooled just because the word ‘micro’ is the prefix - these offenses are anything but. They can cause anywhere from casual annoyance to severe depression and trauma in individuals depending on the frequency, severity, and cause of the aggression. Microaggressions can happen anywhere and be committed by anyone. They can be said about any number of personal identity markers or traits such as race, sexuality, income, body image or weight, religion, etc.

Here are some examples of common microaggressions*:

Examples on the topic of race

Examples on the topic of LGBTQIA+

Examples on the topic of fitness , nutrition, and wellness

How and Why Do Microaggressions Happen?

Ultimately, microaggressions are due to a systemic and foundational lack of intersectional education at a nationwide level. When we don’t learn about people different from ourselves, we never learn how to positively interact with other behaviors, cultures, and identities. Microaggressions feed into a system of ignorance and mistreatment or harm of others, and they reflect a lack of understanding or respect for an individual’s lived experiences.

Family, friends and community can sometimes be perpetrators of the microaggressions, and less time may be spent with them because of this. They can also lessen involvement in school, work and volunteering due to stress or anxiety about possible microaggressions or simply the traumatic knowledge that one will be seen incorrectly and this could have dangerous consequences. The Harvard Gazette says microaggressions cause an "onslaught of injuries to the psyche that may seem unrelenting and can result in everything from depression, fatigue, and anger to physical ailments such as chronic infections, thyroid problems, and high blood pressure."

What Can You Do?

Make sure to always listen to others with an open perspective and be willing to hear ideas, opinions, and experiences that might be different or even in conflict with your own. This will allow for a more deeper sense of understanding and empathizing to occur, and hopefully lead to a stronger connection between individuals. You can also search out research and biographies or personal experiences that have been offered to learn more about what experiencing microaggressions and living as a member of a marginalized community feels like (but don’t just go ask your friend that you know is gay or black - we don’t want to burden someone who hasn’t offered with the need to educate us). As cliché as it sounds, remember the Golden Rule: treat others the way you want to be treated.

Part of our WIT Blog Series.

Posted by Katie Jourdan on Permanent link for Microaggressions on April 15, 2022 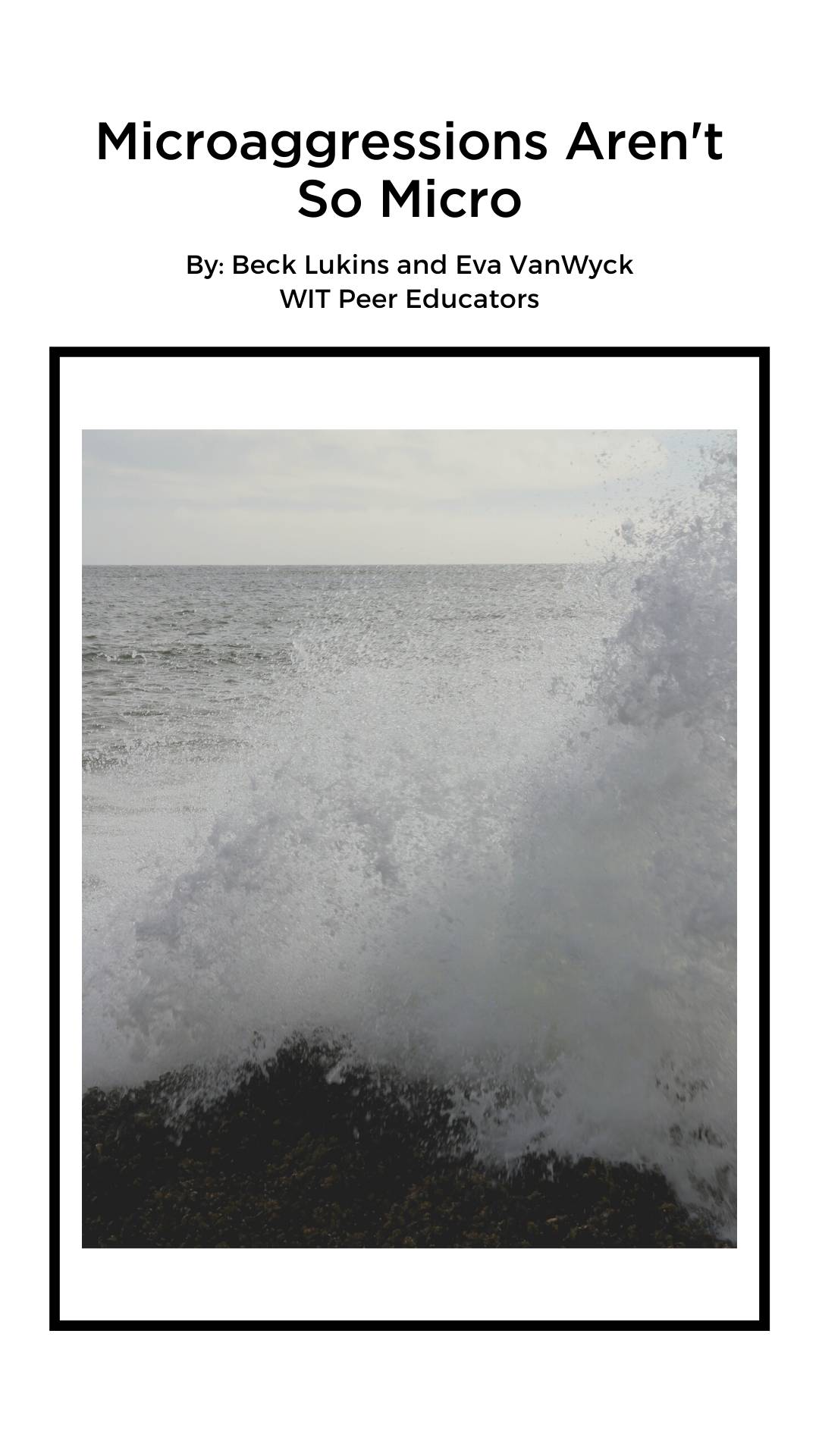 Posted by Katie Jourdan on Permanent link for Microaggressions on April 15, 2022

Page last modified April 15, 2022
Report a problem with this page