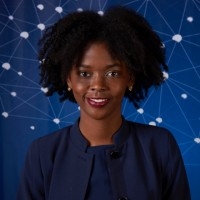 Jeanine Anderson graduated in 2009 with a bachelor’s degree in political science. While at GVSU, she was a member of Omicron Delta Kappa National Honorary Leadership Fraternity and the 2009 recipient of the Venderbush Student Leader Award.

“If I wouldn’t have become involved in Student Senate, I don’t know where I would have ended up,” Jeanine said. “I grew a lot as a person through my experience at Grand Valley and I learned that if I want to make a change I need to take affirmative steps to do something about it.”

Since finishing her law degree, Jeanine has worked as an assistant district attorney for New York’s Bronx County and as corporate counsel for the NeuroLeadership Institute. She is currently Senior Legal Counsel at Equinix, and she also serves as a board member for the Association of Corporate Counsel of New York City. Jeanine volunteers as a mentor with Sponsors of Educational Opportunity, a nonprofit organization dedicated to providing supplemental educational and career support to young people.