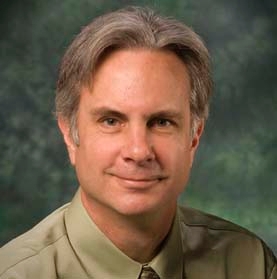 James Meernik graduated in 1985 with a double major in Political Science and Psychology. He was recognized by GVSU College of Liberal Arts and Sciences (CLAS) through the 2010 CLAS Distinguished Alumni-in-Residence program.

"The best thing I did at Grand Valley was my study abroad to Yugoslavia and Poland in 1983 – it led to my majoring in political science and my current career as a professor.  I also greatly enjoyed working under Prof. Walter Foote at the Writing Center. Jim Thompson and John Batchelder were great professors I had in political science."

From 2003-2008 Meernik was Associate editor of the flagship journal of the International Studies Association, International Studies Quarterly. He co-leads a UNT Study Abroad Program to the International Criminal Tribunal for the Former Yugoslavia that won the 2007 American Political Science Association award for the most innovative course in the United States. Meernik has conducted research in The Hague, Bosnia, Rwanda, and Arusha, Tanzania on transitional justice issues. He won a Fulbright Specialist grant to the Autonomous University of the State of Mexico (UAEM) in 2009 to teach a course on post-conflict peace building, and another Fulbright Specialist award in 2013 to lecture and develop curriculum with Soochow University in Taiwan. He has authored over sixty articles and book chapters and has authored or co-edited four books on international relations. He was formerly Chair of the Department of Political Science (2002 – 2008); Associate Dean of the College of Arts and Sciences (2009); American Council on Education Fellow (2009-2010) and Acting Dean of the Toulouse Graduate School (2010-2012). He has taught at the University of North Texas since 1991.


Page last modified January 14, 2015
Report a problem with this page