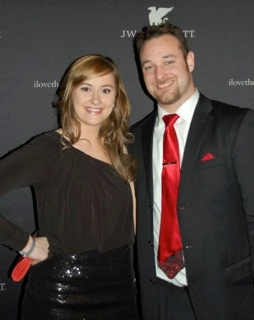 My name is Mike Kolehouse and I have been working in politics since I graduated GVSU with a BS in Poli Sci in 2010.  I started working as the deputy campaign manager for Brandon Dillon in his 2010 State House race.  Then I moved on to working for the MEA supporting their candidates for GRPS Board, Monica Randles and Raynard Ross.  Following that I worked for SEIU and We are the People, culminating in one of the largest rallies in Grand Rapids, the “death of the middle class march.”  From there I was the campaign manager for the GRCC Millage and then did some consulting for the Pestka US House race. Following that I opened my own consulting firm, K2K consulting, with a colleague from the east side of the state. Then the MEA hired us to do member engagement, which I am still doing. I am also doing some consulting for the Bob Goodrich's US House campaign at the moment.

The GVSU Poli Sci department prepared me for the industry in two very important ways.  Getting a bachelor of science was very important; using the statistical software “R” has separated me from virtually all political organizers as they do not use statistical significance or data mining in their targeting of precincts for mailers and canvassing.  The second, and equally important, reason is that at GVSU my hand was not held by the professors.  They gave me the tools and a general direction to go in, but they didn't tell me where to find scholarly articles, how to interpret them, or how to apply them to an argument.  The ability 'to figure it out' that I developed at the Poli Sci department has served me daily in my career and I am grateful for it.


Page last modified April 4, 2014
Report a problem with this page