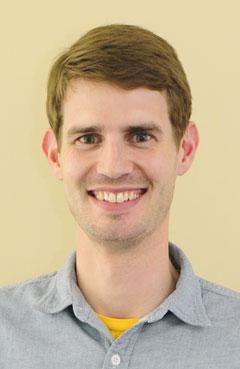 Most people think about Medicare only when they near retirement and become eligible for the government-administered health insurance plan for those over 65.

Andrew Wilson is not yet 30 years old, but he is helping to shape the future of Medicare as a doctoral student at Brandeis University in Boston. Wilson, who earned a bachelor's degree in political science in 2006 from Grand Valley, earned a master's degree in public health from Tufts University. His work at Tufts earned him fellowship from the Agency for Health Research and Quality to study at Brandeis.

"Medicare is facing a significant solvency crisis, yet we also continue to demand the latest and most expensive health care technologies," he said. "I'm interested in studying ways in which Medicare and private insurers can continue to provide beneficiaries with access to new treatments while also making the best use of limited financial resources."

While a student at Grand Valley, Wilson worked with Steve Borders, associate professor of public, nonprofit and health administration. Wilson completed a Student Summer Scholar project with Borders that focused on Michigan Medicaid and prenatal care.

Wilson and Borders surveyed Kent County obstetricians to find how many accepted Medicaid patients and identify factors for participation in the program.

"We found that two-thirds of physicians who responded significantly limited the number of Medicaid patients they saw," Wilson said. He added that contributing factors included the low rate of Medicaid reimbursement, missed patient appointments and language barriers.

Wilson, a native of Greenville, met Borders when he took his health politics and policy course. "Since I've graduated, Steve has continued to serve as a friend and mentor through my career. In fact, I'd credit him with steering me down the path I've taken," he said.