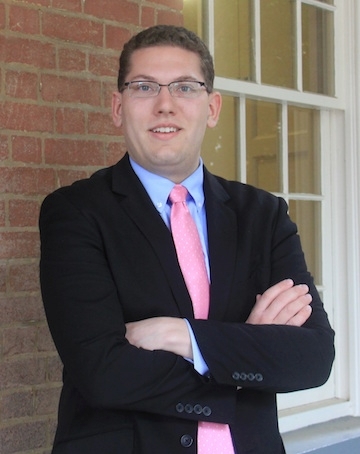 Following the receipt of my master’s of public policy at Georgetown University’s McCourt School of Public Policy, I joined HealthHIV, a national nonprofit that conducts research, education, and advocacy around HIV, Hepatitis C, and LGBT health, as their Advocacy Manager. I also serve as the Manager for the National Coalition for LGBT Health, where I lead education and training programs for healthcare providers and advocacy efforts at the state and federal level. The opportunities and experiences I received at Grand Valley contributed to my success in graduate school and in my professional career.

Grand Valley provided me with a solid foundation that enabled me to tackle graduate school. During my time at Grand Valley, I was selected as the Paul B. Henry Congressional Fellow, and interned with Congressman John Conyers, Jr. from Detroit during the summer of 2012. It was during that time that I decided to pursue a master's of public policy, with the support of the faculty in the Political Science and Economics Departments at Grand Valley. My advisors, Professors Erika King and Brad Sturgill, and Professor Mark Richards were key sources of support during the graduate school application process.