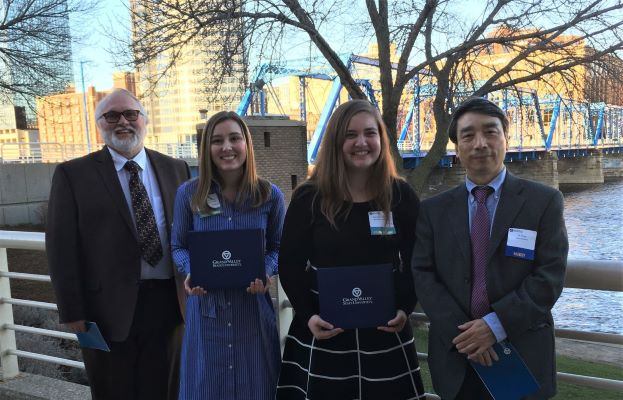 Courtney Hartline and Katarina Zomer were among the students honored at Grand Valley’s annual Student Awards Convocation, held on Monday evening on the Pew Campus in downtown Grand Rapids. Courtney was awarded the Excellence-in-a-Discipline Award for Political Science, and Katarina won the Excellence-in-a-Discipline Award for International Relations. Professors Paul Cornish and Yi Zhao represented the Political Science Department and International Relations Program at the convocation. Both Courtney and Katarina plan to graduate at the end of this semester.


Page last modified April 11, 2019
Report a problem with this page