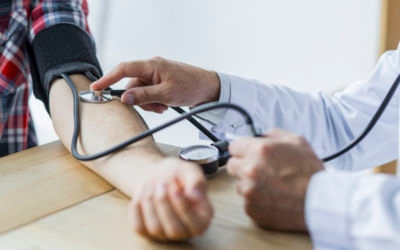 A recent study done by the National Institute on Aging (NIA) on adults age 55 and older found that treating high blood pressure (hypertension) with medication reduced the risk of developing Alzheimer's Disease by 16% and dementia by 12%. The results were the same no matter which blood pressure medication was used to treat the hypertension.

Another recent study compared intensive control of blood pressure (a systolic reading of 130mmHg or lower) to a standard control (a systolic reading of 145mmHg or lower) in adults age 75 or older. Individuals in the study had an MRI prior to the study starting to see the baseline of white matter lesions on their brain. After three years of research, imaging showed that individuals who had intensive control of their blood pressure developed 40% fewer white matter lesions than those who had only a standard control of their blood pressure.

The study did not find that there were differences in cognitive ability between the two groups following the three year study. Scientists think this may be because the cognitive decline caused by white matter lesions is a slow process which does not show the effects right away, but rather over an extended period of time.