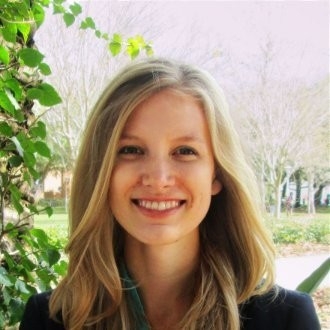 Paige Kelley earned dual B.S. degrees in Physics and Mathematics from Grand Valley State University in 2009. During her time at GVSU, Paige gained a wealth of undergraduate research experience on topics ranging from semiconductor physics to surface science that inspired her to pursue a research career. Paige attended GVSU on a Presidential Scholarship and received the 2009 Glenn A. Niemeyer and Physics Department senior awards. Following a year of service in the AmeriCorps VISTA anti-poverty program, she accepted a Presidential Doctoral Fellowship at the University of South Florida and conducted her Ph.D. research on strongly correlated low-dimensional magnetic oxide systems. She earned her PhD in applied physics from University of South Florida in 2015.

She currently holds a joint postdoctoral research position at the University of Tennessee and Oak Ridge National Laboratory, participating in a Moore Foundation EPiQS initiative to study emergent phenomena in novel quantum materials. Paige has co-authored over 20 scientific journal articles and collaborated with scientists around the world, including time spent as a guest researcher at the NIST Center for Neutron Research and the Institute of Physics in Kosice, Slovakia. Her current research interests include the study of frustrated and non-centrosymmetric magnetism through a combination of novel single crystal growth and neutron scattering techniques.

Paige was chosen as a distinguished alumni from the department of physics, GVSU in 2016.

Return to the listing of physics alumni profile.


Page last modified August 10, 2019
Report a problem with this page