The Oliver Wilson Scholars program is a learning community that is designed to provide comprehensive academic, professional and social support to students. This program, formerly known as the Freshman Academy program, was founded in 2003 by Dr. Oliver Wilson, a beloved Director of the Office of Multicultural Affairs who was truly dedicated to student success.

Wilson was named dean of the Office of Multicultural Affairs in 2003. Prior to that, he worked for Grand Valley's Admissions office and had served as its associate director of minority recruitment. He joined Grand Valley's staff in 1997.

Wilson left an indelible mark on Grand Valley's campus, and served on a number of committees dedicated to inclusion. He helped establish the Professionals of Color Lecture Series, bringing national speakers to campus to share their stories of career success or triumph over personal adversity; co-chaired the Team Against Bias and was instrumental in establishing the university's bias incident protocol; advised numerous student organizations; and served on the Intercultural Awareness Council, Diversity Assessment Committee, and others.

Wilson's efforts to collaborate with Grand Rapids organizations were recognized in 2006 when the Knights of Peter Claver Council presented OMA with its Racial Justice and Unity award. He was an active community member and served as a board member of Grand Rapids Dreams, Touchstone Innovare, Black Education Excellence Program, among others.

In 2009, after the loss of the founder, the program was renamed to honor his memory and vision for the program. We continue his legacy and vision by providing students in this program with access to advisers who can help with registering for classes, development of study skills, career exploration, and the transition to college. 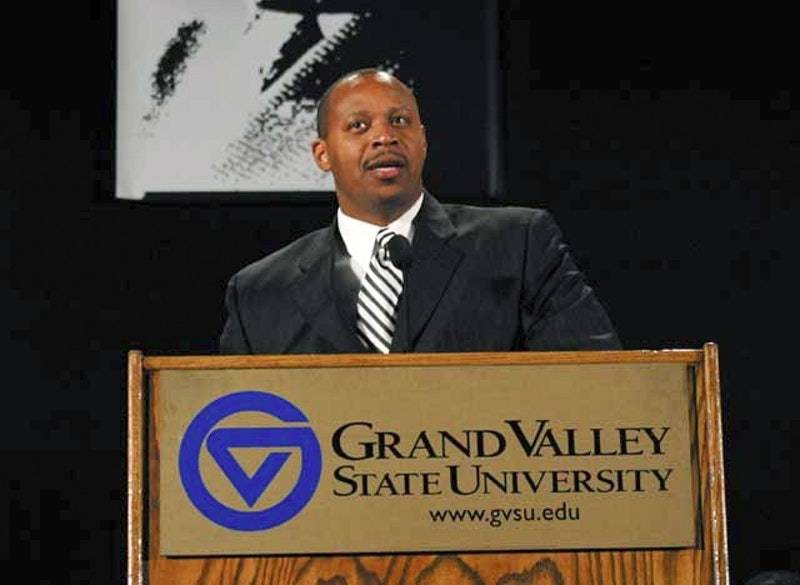 Page last modified August 29, 2019
Report a problem with this page