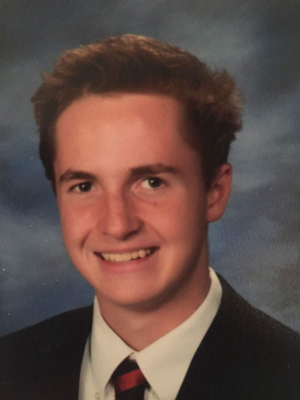 Mark is a senior studying biomedical sciences with an emphasis in pre-professional preparation (pre-dental). His passion for the field derived from his dental childhood experiences. He believes his personal experiences were slow-moving, and that he could make changes in his field.

In his position as an OURS Student Ambassador, Mark talks to students about the process of research, while sharing his own experiences to explain how research is achievable to all students from different disciplines.

“I want to help other students get involved,” Mark said. “I enjoy helping people geek out about their passions… because everyone can geek out about a topic.”

Mark continues to be an OURS Student Ambassador for a second year because he strives to mentor the next group of ambassadors into this role, while learning about their research. “I wanted to help the incoming ambassadors on what to expect,” Mark said. “I also wanted to figure out new ways to reach out to the GVSU population about research.”

He became an ambassador after conducting his own research. That process began his freshman year when he walked into the OURS, and had a meeting with Dr. Susan Mendoza, the Director of the Office of Undergraduate Research and Scholarship. Dr. Mendoza set him on a path that led to him conducting research with his faculty mentor, Laura Stroik (Biomedical Sciences). They worked primarily with the casting and molding protocols of extinct and extant mammal dentition.

Mark encourages all students to get involved in research because of his own experiences. He believes that research can solidify what you want to do; because that is what it did for him. “Take a leap of faith,” Mark said. “Come up with a list of top 3 professors you want to do research with, because sometimes it is tough to arrange the scheduling with them…. Reach out to the first one, and learn more about their research. If it isn’t what you’re looking for, go to the next one.”

Currently, Mark is answering questions that any GVSU student has about the research process, and plans on going to graduate school for dentistry once he graduates.