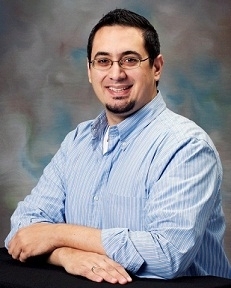 Michael Aram Hovnanian was born and raised in the metro Detroit area. He received his Doctor of Musical Arts and Master of Music degrees under the instruction of Jack Budrow at Michigan State University, and Bachelor degrees in both Music and Music Education from Central Michigan University.  He has also studied with Stephen Molina and Larry Hutchinson of the Detroit Symphony, Robert Goodlett of the Indianapolis Symphony, and Lawrence Angell, formerly of the Cleveland Orchestra.

Michael is the assistant principal bassist of the Grand Rapids Symphony, having previously served as a member of the Grand Rapids Symphony’s bass section. A lifelong Michigan resident, Michael has performed with numerous orchestras throughout the state, including the Detroit Symphony, and has held positions with the Kalamazoo, West Michigan, Midland, and Lansing symphonies.  He has also appeared as both a soloist and as principal bass with the Baroque on Beaver festival and is an active chamber musician, performing frequently as a member of Ensemble Montage.