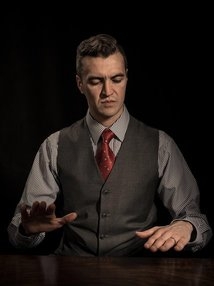 Brendan Hollins completed his Masters in piano performance at the University of Stellenbosch under the guidance of renowned pianists Luis Magalhães and Nina Schumann, the formidable TwoPianists duo. As a supporter of new music, he has featured modern compositions on tours, radio, and television in South Africa and South Korea. After performing and conducting in Europe, Asia, and Southern Africa he settled in Korea and conducted the Sejong Nanum Orchestra housed in the famed King Sejong Arts Center, a prominent hub for international cultural activity. While in Korea he worked with orchestras and choirs, including the prestigious Lindenbaum  Foundation, premiering works by numerous Korean composers including Min Jae Jeon, first prize winner at the Queen Elisabeth Competition for Composition. In addition, he founded the Camarata Music Company, a non-profit organization providing opportunities for Koreans and foreigners to perform classical music together. The organization has since been honored by two presidents of Korea for being a major contributor to international relations in the country.

As soloist he has performed with orchestras at home and abroad in addition to masterclasses with numerous international artists and pedagogues including Charles du Toit, Jorma Panula, Harold Farbermann, and pianists Alexei Lubimov, André Watts, Konstantin Scherbakov,  Melvyn Tan, and John O'Conor.