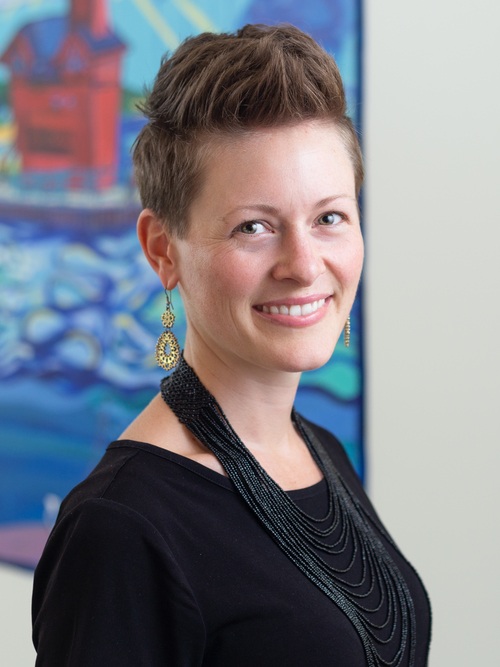 Cassandra Kiger graduated with a BA in Psychology and a minor in Spanish, and later a Master in Social Work, all from GVSU. Cassandra entered her undergraduate career proficient in spoken Spanish, but was able to improve in speaking, and learn to read and write in Spanish while obtaining a minor. This skill set alone has moved her to the top of the hiring pool in every job she has had since graduation, where she works in translation and interpretation for the Hispanic Center of Western Michigan (both as full-time work and an extremely well paid side hustle), in the Immigrant and Refugee department of Bethany Christian Services, and as the Prevention and Diversity Director of the Children's Advocacy Center of Ottawa County. Having spoken and written fluency has not only improved her career, but has given her access to live internationally and frequently travel abroad. In fact, language proficiency and fluency has so greatly impacted her life that she continues to pursue learning in other languages. Her recommendation to all students is that language proficiency and international travel will be the most important investments that they can engage in during their collegiate experience.