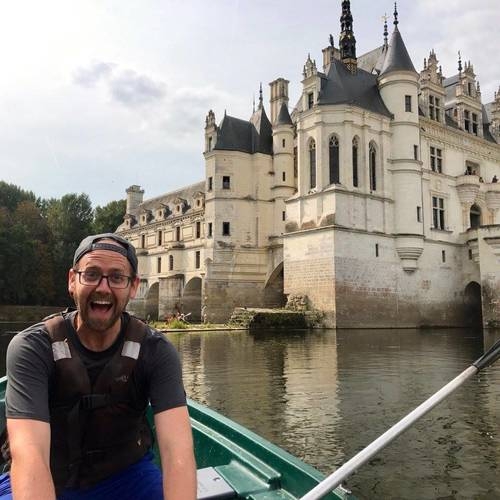 During his studies, he was the recipient of the Arthur Hills Music Scholarship as well as a two-time winner the GVSU Music Department Concerto Competition. He was also inducted into Pi Delta Phi, Mu Epsilon, the GVSU chapter of the National French Honors Society. In 2016, he graduated from the Jacobs School of Music at Indiana University with a Master of Music in Flute Performance.

After graduating from GVSU, Nicholas moved to Nantes, France for the 2011-2012 academic year to work as an assistant d’anglais in Collège Gaston Serpette and Collège Claude Debussy via the Teaching Assistantship Program in France. In addition to his teaching duties, he helped the English faculty at Collège Gaston Serpertte establish an annual exchange program with Presdales School and Richard Hale School in Hertfordshire, England. After completing his graduate studies at Indiana University, Nicholas decided to return to Nantes, France to once again teach English, but this time as a lecteur d’anglais at the Université de Nantes. During his tenure, he taught conversation and translation classes to students studying English in both Langues Étrangères Appliquées and Langues Littératures et Cultures Étrangères academic programs.

Nicholas Norris returned to the United States in August 2018. He is currently working as a substitute teacher for high school French teachers in the Grand Rapids area. In January 2019, he will return to GVSU to get his certification to teach French at the secondary level.