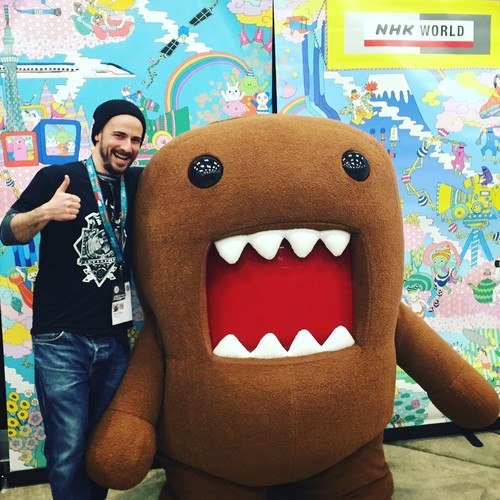 Josh continued his work in the music industry upon leaving Grand Valley, where he majored in German but also studied French while working with groundbreaking virtual pop band Gorillaz. He oversaw a combination of digital/mobile marketing and product development initiatives for some of the biggest names in music in his time at Sony Music Entertainment and (twice) Capitol Records in the Universal Music Group family.

Josh studied abroad during his time in the German program at GVSU, and his experiences in Tübingen were a pivotal point for what has been a lifelong dedication to global understanding and working across markets: his time at Sony saw plenty of collaboration with the entertainment goliath’s Germany office, and he partnered with many territories around the world on technical projects during his time at Universal.

He has been focusing lately on helping artists and labels in emerging markets, and spends most of his time in East and Southeast Asia when not in his home base of Los Angeles. A keen follower of Japanese culture, Josh (pictured alongside NHK World’s Domo) began to add Japanese to his repertoire in 2018 in tandem with his popular writing about Sumo, which has led to many unique cultural activities and experiences during his time in Japan.