“The ultimate measure of a person is not where one stands in moments of comfort and convenience,

but where one stands in times of challenge and controversy.”

The murder of George Floyd on May 25, 2020, was a stark reminder to all of us: people of color are not safe in America. In seeking to make sense of such a senseless act, a former colleague found himself reflecting on the meaning of empathy. He wrote, as defined by Merriam-Webster, “empathy is the action of understanding, being aware of, being sensitive to, and vicariously experiencing the feelings, thoughts, and experience of another of either the past or present without having the feelings, thoughts, and experience fully communicated in an objectively explicit manner.” He concluded with, “If we would simply have the emotional intelligence to understand what another person is feeling or experiencing, it could be the bridge to solving numerous issues in American society.”

In the coming weeks, take time to reflect and see where it leads you. If you are inclined, share your thoughts with us and we will post them to our website. Following is a statement from ACE President Ted Mitchell.

"We live in a nation where life, liberty, and justice are supposed to be the birthright of all. But for too many those words are laced with cruel irony and frustration in the face of seemingly intractable discrimination. Racism is always a form of violence: against the spirit, the intellect, and the soul. And as we witnessed anew last week, the violence of racism frequently becomes physical. George Floyd’s murder was horrific and cannot be tolerated or explained away any more than the murders of Ahmaud Arbery, Breonna Taylor, and countless others can be. Neither can the underlying and systemic racism that makes everyday life a fight for Black Americans. Indeed for too many Americans, just taking a drive to the store or going jogging in their own neighborhood is an experience filled with fear and trepidation.

Those of us who are white do not know that fear, but we must try to understand it and recognize the wounds of those who endure it. But more, we must reject the bigotry and ignorance that is at the root of the violence that is racism. We must act now to ensure justice, eradicate racialized practices, and work to build communities that embrace diversity and celebrate inclusion.

At its best, that is a part of the work higher education does and must do. At its best, higher education has a profound civic purpose and stands for our highest aspirations as a nation. At their best, our campuses are places where all perspectives and beliefs are respected, and all races, ethnic backgrounds, cultures, and sexual and gender identities embraced. But we are not at our best. Let’s be clear: Black students are less likely to graduate than their white peers, need to borrow more to fund their education than white students, and often suffer serious incidents of racial abuse.

We can and must do better. We can start by acknowledging that, like so many Americans today, members of our campus communities are hurting and scared. We can start by reaching out to them. The murder of George Floyd is only the latest terrible example of racial violence in our country, and it comes in the midst of a global pandemic that is serving to further expose the racial inequities and economic fault lines that have long plagued us. 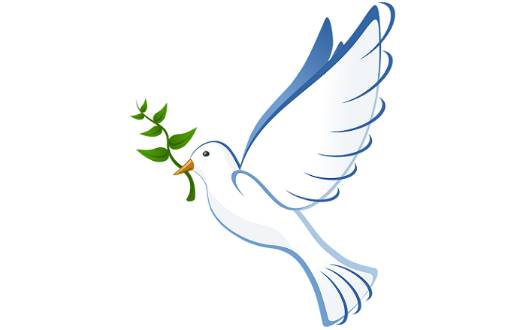 First and foremost, we hope this message finds you safe and well. Leaning into our new normal will require continued caring, courage, and connection. As shared by our State Chair Kimberly Hurns in her message to all us last week, our network is more important than ever.

Part of our virtual outreach going forward will include starting your week with a dose of inspiration. With that, Welcome to Mentoring Mondays . . . where we will share creative ideas, words of wisdom, professional development opportunities and quips that will make you smile.

Should you have something you’d like us to publish via Mentoring Mondays, please forward to Martha Grier, Professional Development Chair, at marthagrier1@gmail.com.

Needless to say, the past few months have challenged our way of thinking, leading, and way of life. As we continue to navigate this time of uncertainty and chaos, we should find ways to turn this “lemon into lemonade” and identify the potential gifts of leading in a time of hardship. I have taken excerpts from an article in Academic Impressions, a higher education publication, and changed its focus to fit the leadership for any organization, whether educational or corporate. Please note these five gifts:

These are difficult times and the journey is not over. We wish you courage, strength and grace as we move forward.

Source: Academic Impressions, a higher education publication, article by Many Dana Hinton, President of the College of Saint Benedict.


Page last modified June 8, 2020
Report a problem with this page