As we close out Women’s History Month, let us do so with a brief look back on the history of women’s suffrage in Michigan. Below are a few excerpts from the archives of the Library of Michigan and a link to an extensive resource detailing events and timelines of the Michigan movement. I encourage you to view the full story:

Women's suffrage didn’t happen suddenly in 1920, when the 19th Amendment to the U.S. Constitution was ratified. It was a difficult, fraught, and frustrating process that played out in states and state capitol buildings across the country. In Michigan, several generations of women and men devoted over seventy-five years and untold resources to the movement. Along the way, they organized multiple campaigns, celebrated some important incremental victories, and mourned many defeats.

The drive for women’s suffrage grew with and from the large involvement of women in the reform movements dating from the 1840s. Seen first as a means to effect reform and then as an end in itself, full voting citizenship was attained by stages.

There is an interesting timeline of events that occurred from 1835, when Michigan declares itself a state and writes its first state constitution, through June 10, 1919, when Michigan became the third state in the nation to officially ratify the 19th Amendment to the U.S. constitution. In a show of overwhelming support, the all-male legislature voted unanimously for its ratification. Note the following excerpt from a Michigan publication:

“State Ratifies Equal Suffrage” read a front-page headline in The State Journal the next day.

In fact, the ratification was taken up in such haste that the only women present in the Chamber to bear witness were a few female House committee clerks, sitting quietly on the divans that bordered the chamber floor. No doubt they were smiling and thinking about who they would be voting for when the Legislature was next up for election in 1920.

The last sentence in that paragraph has been underlined for emphasis. As women, we should be asking the question during this day and time, “Who’s smiling now when we are still fighting for our rights – for equal pay and for equal advancement in leadership positions?” The struggle goes on and these words on the side of a float during a 1915 women’s suffrage parade in New York, “Woman’s Cause is Man’s – They Rise or Fall Together” should resonate loud and clear today. 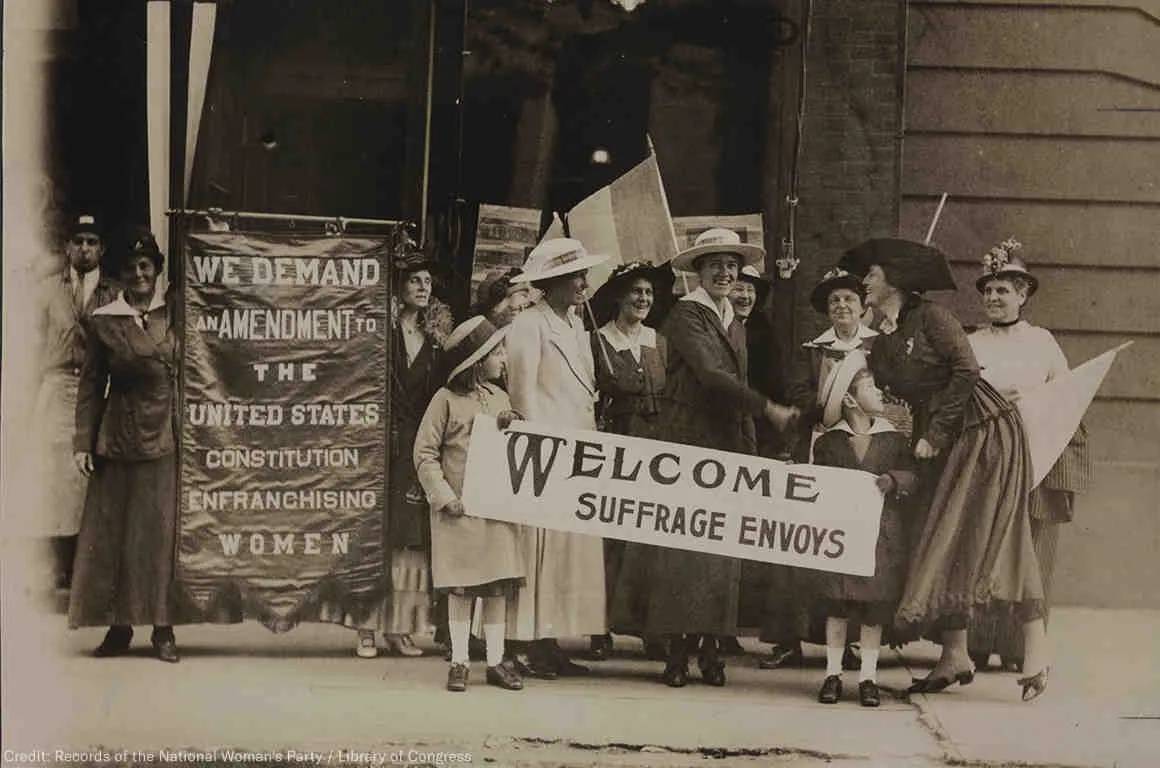 Page last modified March 29, 2021
Report a problem with this page