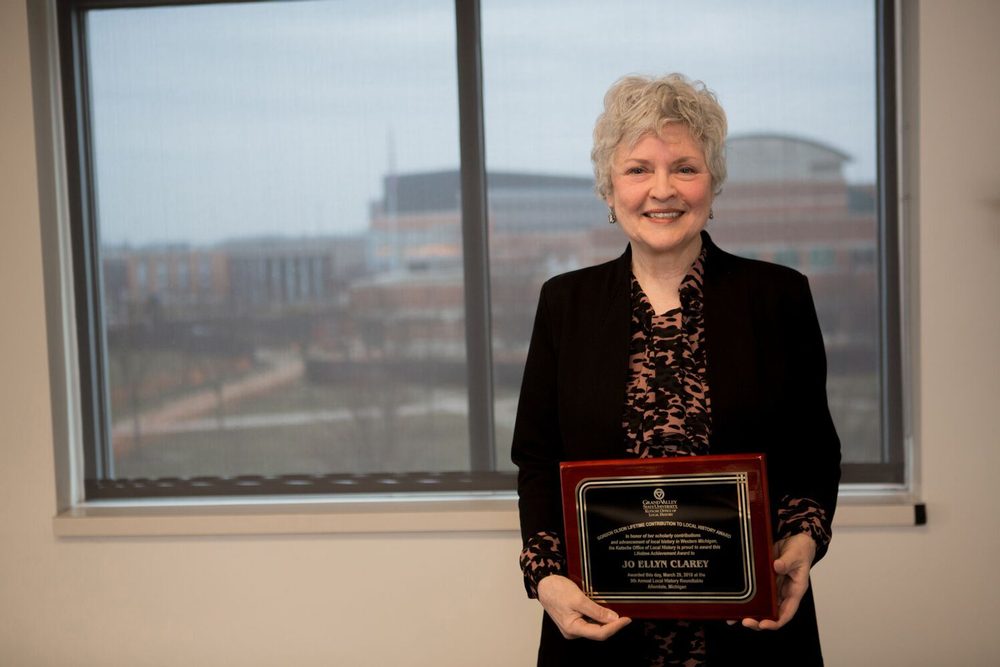 By profession a literary scholar, Jo Ellyn Clarey is also a long-time local women's historian working with the Greater Grand Rapids Women's History Council. After graduate school at the University of Iowa she taught for several years and co-edited a book on narrative theory. She remains invested in literary study; but she has recently been more focused on proving the significance of local women’s history to national narratives, inspiring scrupulous work from “citizen historians” to bolster still-inadequate accounts of American women’s history, and organizing their participation outside city borders in regional conferences. For 25 years she has tracked down Grand Rapids women's contributions to community building through their organizations and professions; and, currently, she is overseeing the completion of an elective history of the city’s women beginning in 1887 and its contribution to a national crowd-sourcing project, Her Hat Was in the Ring. She has served on the boards of the Grand Rapids Historical Society, the Grand Rapids Historical Commission, the Progressive Women’s Alliance, Torch Club, and acted as liaison to the Michigan Women's Studies Association, whose statewide conference she has chaired. In 1999 Clarey was awarded the Grand Rapids Albert E. Baxter Award for her contributions to local women’s suffrage history, including the production of a centennial re-enactment of the 1899 national suffrage convention in Grand Rapids and organization of month-long women's history series for community schools and various other organizations. She continues to coordinate research and programming for area institutions and academic conferences across the city, state, and nation—and hopes to publish more substantively herself than she has managed so far.


Page last modified March 29, 2018
Report a problem with this page