Department of Hospitality and Tourism Management 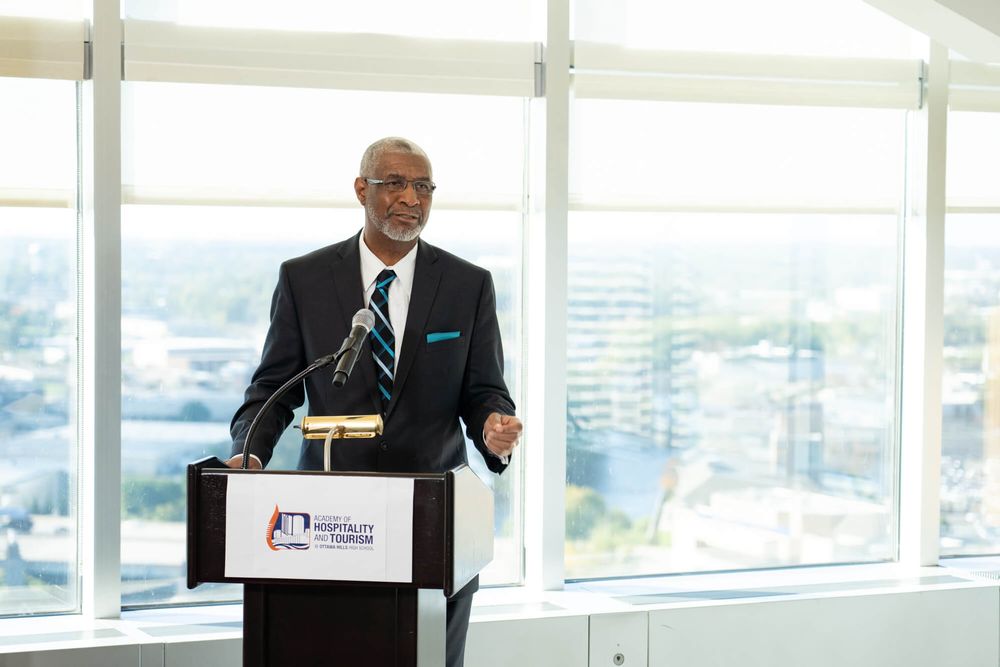 It’s your freshman year of high school. You’re in third period and right before the bell rings your teacher asks you, “What do you want to be when you grow up?” While most students may say something along the lines of a doctor, veterinarian or teacher, for many, the words “hospitality tourism management” don’t come to mind.

This is why Grand Valley State University and Grand Rapids Public Schools partnered to create a prep academy that’s dedicated to hospitality preparation. Ranging from grades 9-12, the new high school will give students the opportunity to learn about Hospitality Tourism Management (HTM) before they go to college.

The idea for this HTM Prep Academy launched two years ago. Chair of HTM at GVSU Michael Sciarini said that the idea for the academy began as far back as Fall 2015 "when the HTM department hosted GVSU graduate Ray Bennett, Chief of Global Operations at Marriott International — the largest hotel company in the world.”

Sciarini continued by saying that the GVSU HTM department shared with Bennett that, “one of our challenges is that most students don’t learn about programs/majors such as HTM until after they arrive at (a) university -- so we are constantly looking for ways to get the word out about the global impact of hospitality and tourism and the many and varied career opportunities available.”

During Scairini's meeting, Bennett suggested that he make a connection with the leadership behind the Washington DC Hotel Association. The association has a history of working with local high schools, which Bennett said could act as a model for GVSU's school.

“We did this as well as simultaneously contacted the leadership of the Grand Rapids Public Schools and Experience Grand Rapids. Fast forward and things are finally taking off,” Scairini said.

Dean of the College of Community and Public Service George Grant elaborated on the challenges of bringing awareness to students about the HTM program. Grant said that by enlightening students on HTM will benefit GVSU.

“Some of those students will pick that as a major and go to Grand Valley," Grant said. "Once (the students) are exposed to the field, Grand Valley will provide the experience.”

In terms of GVSU's involvement with the academy, Sciarini said that Hospitality Tourism Management undergraduate students at GVSU will provide peer advising and mentoring to the GRPS Academy students.

Grant also explained that a benefit for prospective academy students is that the students in the program will have paid summer internships with big local businesses. This is a major benefit in that not only will students be able to learn about HTM to see if it’s a career they want to pursue, but they will also be able to get hands on experience with the field before making the final decision.

The Academy of Hospitality and Tourism Management will open its doors in fall of 2019 to 35 incoming freshmen. These prospective students will go through an application process in order to be accepted into the academy. Since not many people are aware of what the program consists of, Grant explained that there will be community info sessions held to bring awareness and draw in more students.

The ultimate goal for the Academy of Hospitality and Tourism Management, according to Grant, is that it “exposes (students) to a field they didn’t know existed.”

“It fits the University’s commitment to engagement," Sciarini said. "We are fulfilling that commitment in sharing the information with others so they can make decisions to better themselves. One of our goals is to increase the cultural competence as well as diversity of our program and students.”


Page last modified October 29, 2018
Report a problem with this page