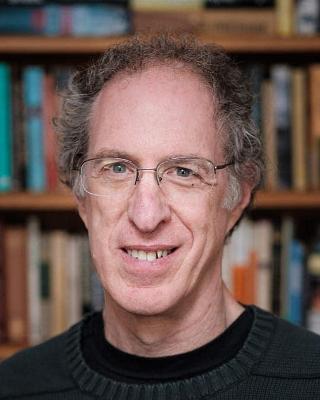 In honor of Martin Luther King Jr. Week at Grand Valley, the Hauenstein Center for Presidential Studies welcomes “a gifted storyteller in possession of the full arsenal of journalistic tools” according to bestselling author Melissa Fay Greene. Steve Luxenberg joins the Hauenstein Center and the Division of Inclusion and Equity to discuss his book, Separate: The Story of Plessy v. Ferguson, and America’s Journey from Slavery to Segregation and its place in American memory.

Steve is an associate editor at The Washington Post , as well as an award-winning author. In over forty years as a reporter and newspaper editor, Steve has overseen several national honors for his reporters, including two Pulitzer Prizes.

Steve has written two books, his first, Annie’s Ghost: A Journey into a Family Secret , was featured on NPR’s All Things Considered , as well as the Diane Rehm Show. Annie’s Ghost was also honored as a Michigan Notable Book and was selected as a Michigan Great Read in 2013-2014. As a work in progress, Separate won the 2016 J. Anthony Lukas Award for excellence in nonfiction. It earned high praise from the New Yorker, The Nation, the Wall Street Journal and several other prominent outlets.

A graduate of Harvard College, Steve would go on to spend 11 years at The Baltimore Sun before joining The Post in 1985. While at The Post, Steve served as deputy editor of the investigative and special projects staff, led by assistant managing editor, Bob Woodward. Steve succeeded Woodward as head of the investigative staff. He also served as editor of the Sunday Outlook of The Post from 1996 to 2006, where he oversaw reporting on political, historical, and cultural issues.

In his evening address, Steve will weave the lives of those involved in Plessy v. Ferguson case together, while speaking on the greater theme of race in the American memory. His lecture is at 7 PM in the Charles W. Loosemore Auditorium on Grand Valley’s Pew campus.

All forums are free and open to the public. Reservations for forums are strongly recommended. They guarantee a seat in the building but not in the main hall. Seating is on a first-come, first-served basis. Doors to the main hall open approximately a half hour before the program begins.


Page last modified January 20, 2020
Report a problem with this page