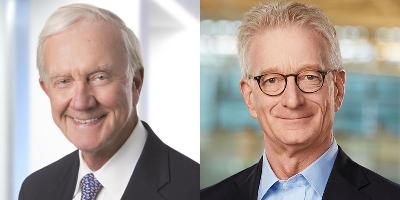 When asked who the greatest general of the Second World War was, Col. Ralph W. Hauenstein would, without fail, say George C. Marshall. The twentieth century gave the United States many of its best military leaders and statesmen ever. Guided by a strong moral compass, these leaders held deeply to the value of self-sacrifice and public service. Along with Marshall in this gleaming constellation of leaders, stood Grand Rapids’ own Arthur Vandenberg, quite possibly the best senator Michigan ever sent to Capitol Hill. Through their statesmanship, they fielded one of the nation’s most ambitious foreign policy plans in history. After Europe was left in rubble at the conclusion of the Second World War, they helped pass The Marshall Plan, an industrious economic initiative to rebuild Europe.

Join the Hauenstein Center andour partners the Ford Foundation, and Gerald R. Ford Presidential Museum & Library, as we welcome David Roll, author of George C. Marshall: Defender of the Republic. West Michigan’s own Hank Meijer, author of Arthur Vandenberg: The Man in the Middle of the American Century, will join Roll on stage for a lively discussion about the relationship between General Marshall and Senator Vandenberg.

All forums are free and open to the public. Reservations for forums are strongly recommended. They guarantee a seat in the building but not in the main hall. Seating is on a first-come, first-served basis. Doors to the main hall open approximately a half hour before the program begins.


Page last modified October 31, 2019
Report a problem with this page