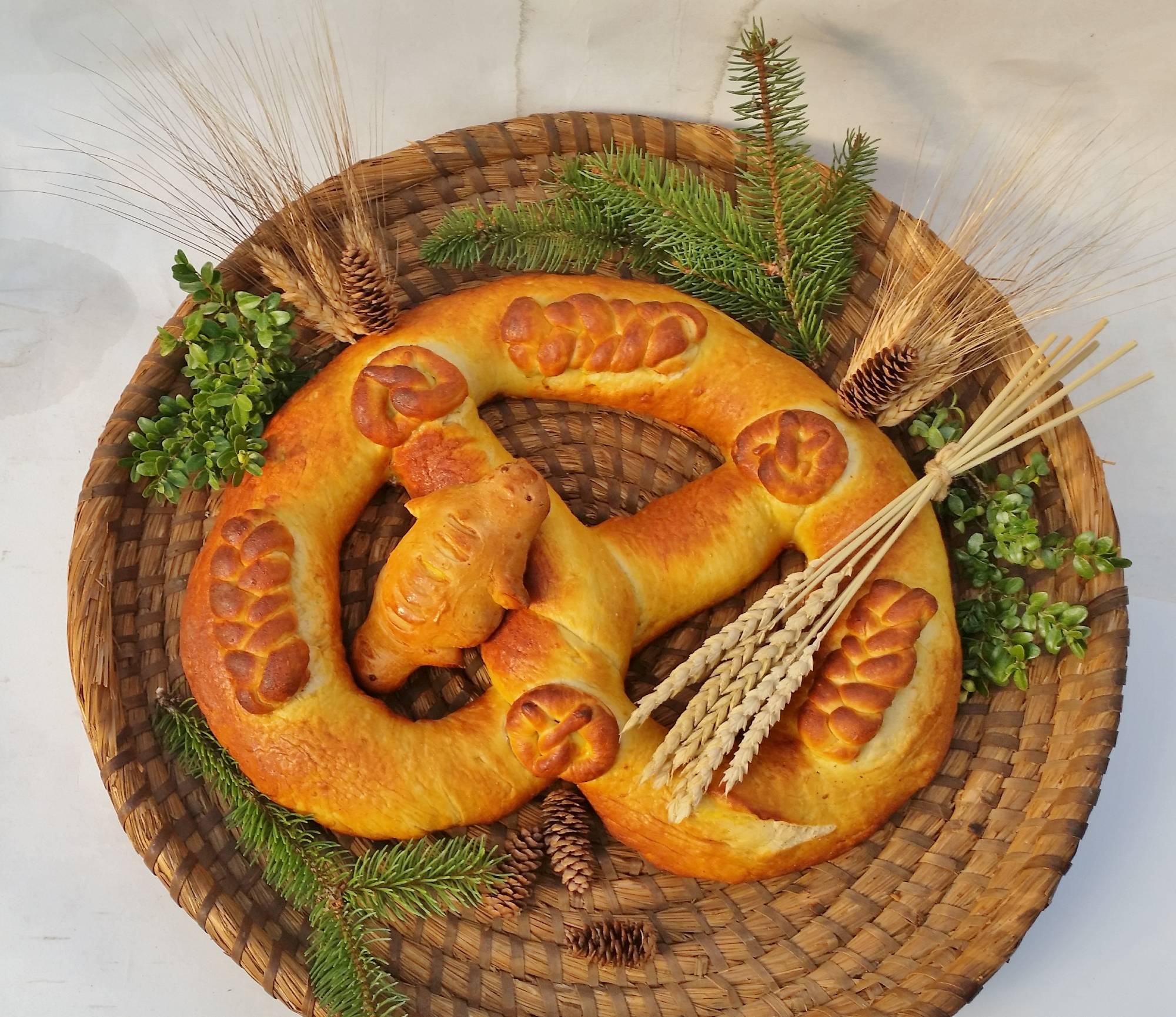 The Pretzel as Commensality: Breaking Bread and the Communal Table

For most Americans the pretzel is a crisp, salty snack, the center of commercial production baked and “exported” to the rest of the US from Pennsylvania, long known locally by the playful moniker “Pretzelvania.”  However, while the pretzel was first brought into the Keystone State during the late 1600s by German-speaking bakers, its role in social customs traces back to the European roots of this highly symbolic food.  The Pretzel is not Germanic, rather it is derivative of Eastern Gaulish (Celtic) customs associated with harvest knots, spring fertility, the Spring Equinox, and the Celtic goddess of the Eastern Star Sirona.

Christianity suppressed these associations since they conflicted with Church narratives about Easter, all the same, non-Christian ideas were deeply rooted thus the pretzel became a powerful folk metaphor for other forms of cultural/religious accommodation.  The message of my presentation is not how Christianity embraced pagan ideas to promote its own agendas, but rather how the pre-Christian food artifact called bretziola in Gaulish became an agent for transmitting tradition and the catalyst for providing context for many food customs today.  The New Years Pretzel, the Baptismal Pretzel, the beer and cheese pretzel at the Munich Oktoberfest, this is food that brings people together.

William Woys Weaver is an internationally known food historian and author of sixteen books including A Quaker Woman’s Cookbook (1982, new edition 2004)—a study of a 19th century domestic book by Elizabeth Ellicott Lea, America Eats (Harper & Row 1989), and The Christmas Cook (Harper-Collins 1990), a 300-year history of the American Christmas. Weaver has been featured on such national programs as “Good Morning America” (with Julia Child) and NPR’s “Fresh Air,” and has appeared in many special food documentaries, including “Terrapin,” which won an Emmy in 1993, and more recently, “Open Sesame: The Story of Seeds.”

Dr. Weaver has been the subject of special articles in Americana, Food and Wine, Food Arts, The Chicago Tribune, The New York Times, and in Country Living. He has served as Visiting Professor of the Graduate School of Arts and Sciences of the University of Pennsylvania, as well as a consultant for a wide variety of culinary projects, from 17th century foodways at Pennsbury Manor, to guest curator for “The Larder Invaded: Three Centuries of Philadelphia Cuisine” (1986-1987) and “America Eats” (1989) at the Museum of American Folk Art in New York. He is also founding President of the Historic Foodways Society of the Delaware Valley and served as Associate Editor and Art Editor of The Encyclopedia of Food and Culture (Charles Scribners 2003). This encyclopedia received the Dartmouth Medal from the American Library Association, the highest award in the reference book industry. 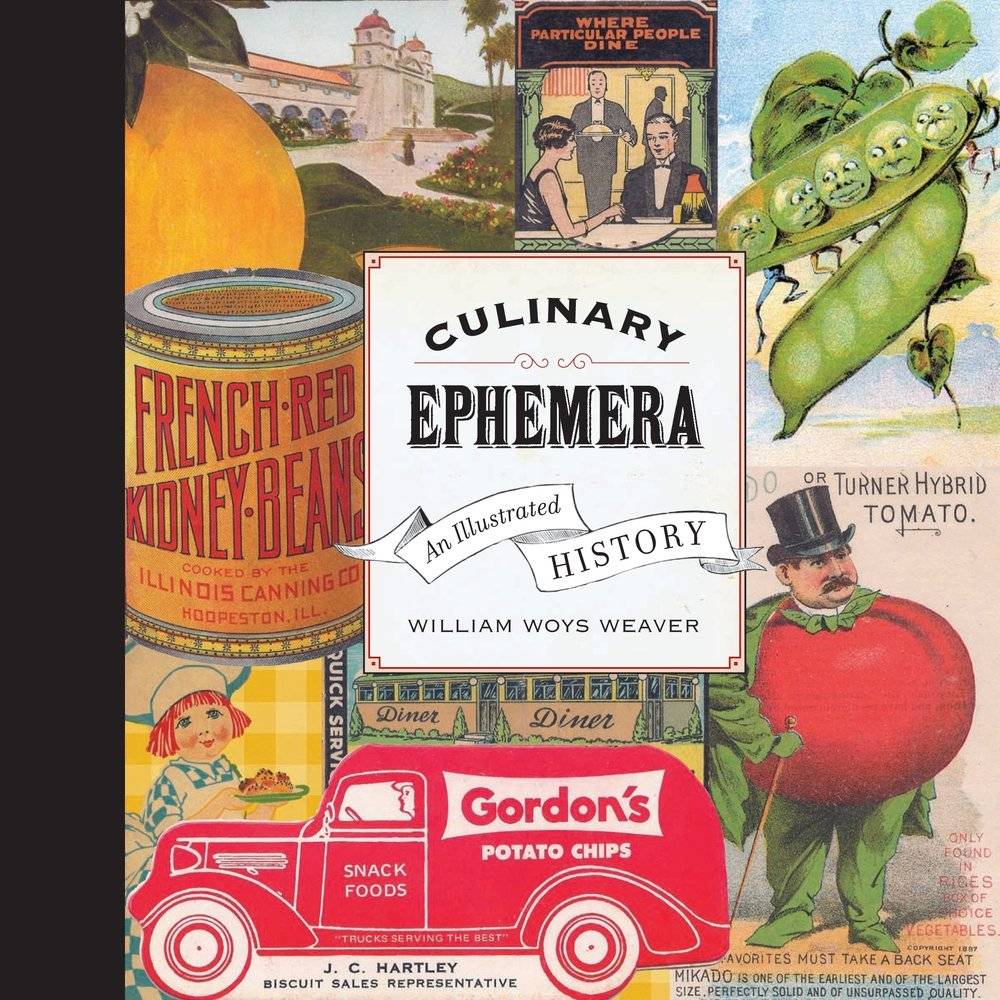 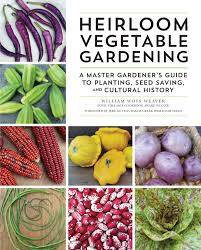 Pennsylvania Dutch Country Cooking (Abbeville Press 1993) received the Jane Grigson Award (an IACP Cookbook Award) and was also nominated for a James Beard Award. Weaver’s American edition of Food and Drink in Medieval Poland (University of Pennsylvania Press 1999 – originally published in Poland) was funded in part by a grant from the IACP Foundation. His highly acclaimed garden book, Heirloom Vegetable Gardening (Henry Holt 1997) was chosen as a main selection for the Rodale/Organic Gardening book club as well as a main selection for the Garden Book Club. It received a Julia Child Cookbook Award (for food reference) as well as the Jane Grigson Award for scholarly excellence. Weaver’s other books include Sauer’s Herbal Cures (Routledge 2001), America’s first herbal (1762-1777), and 100 Vegetables and Where They Came From (Algonquin Press 2000). Country Scrapple: An American Tradition (Stackpole Books 2003) forms a trilogy with new revised editions of A Quaker Woman’s Cookbook and Sauerkraut Yankees. More recently the University of Pennsylvania Press published As American As Shoofly Pie (2013), an analysis of Pennsylvania Dutch cuisine.

Weaver was the 1996 Scholar in Residence for the national IACP conference in Philadelphia, where he has also been involved for many years with “Book and the Cook.” He lives in the 1805 Lamb Tavern, a National Register property in Devon, Pennsylvania. On the grounds of the tavern, Weaver maintains a jardin potager in the style of the 1830s featuring almost 4,000 varieties of heirloom vegetables, flowers, and herbs. He is an organic gardener, a life member of Seed Savers Exchange and a member of Arche Noah in Schiltern, Austria.

Dr. Weaver served for several years as a Contributing Editor to Gourmet, Saveur, Mother Earth News and The Heirloom Gardener. From 2002 to 2010, he lectured as Adjunct Professor of Food Studies at Drexel University and taught courses on regional American cuisine in connection with the Keystone Center for the Study of Regional Foods and Food Tourism, a non-profit academic research institute. Dr. Weaver is also a board member of GMO Free Pennsylvania and the Experimental Farm Network, a grass-roots organization devoted to alternative methods of seed production. Weaver received his doctorate in food studies at University College Dublin, Ireland, the first doctorate awarded by the University in that field of study. 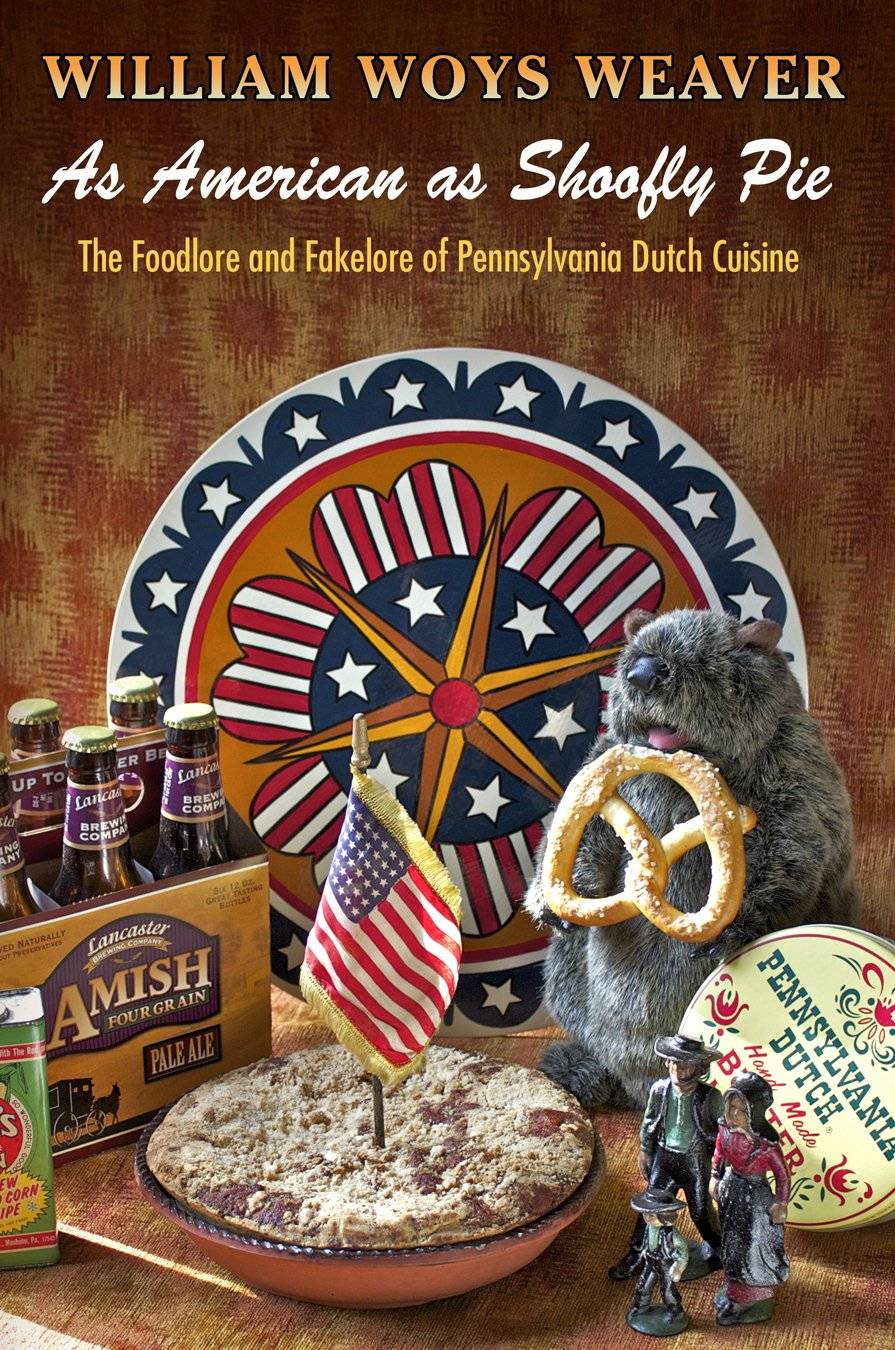 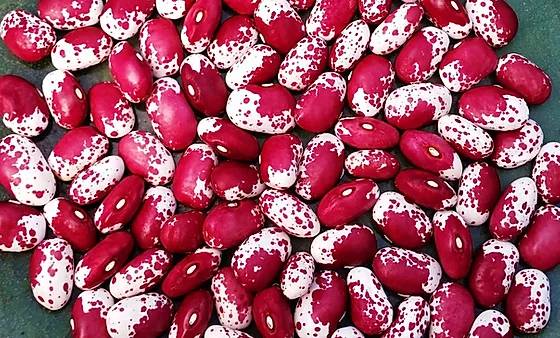 Roughwood began out of interest in the diverse world of plants, of family gardening, and the culture and human connection in each seed.

Find out more at: RoughWoodTable.org 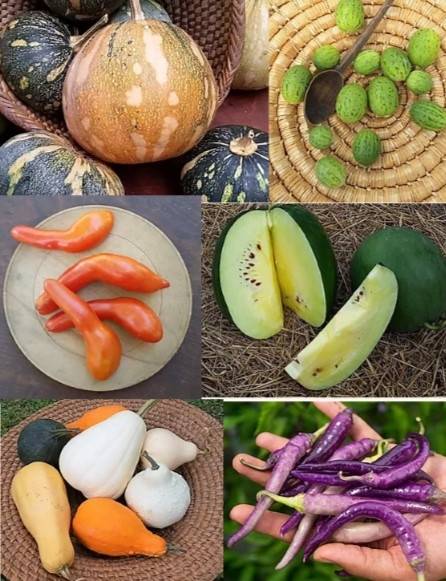 
Page last modified April 2, 2021
Report a problem with this page