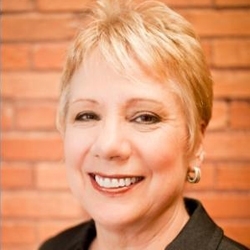 Diana R. Sieger is the President of the Grand Rapids Community Foundation, a
position she has held for 30 years. Under her leadership, the assets have grown
from $35M to $335M. She is an effective community, statewide and national
leader in community problem solving, policy development and advocacy, and
around a variety of philanthropic issues.

Some of her professional and community activities include:

In her career, which has spanned more than 43 years, Diana has been honored for
her breadth of leadership and depth of expertise in the Grand Rapids community
and beyond. She has two honorary degrees – Doctor of Humane Letters from
Aquinas College and Grand Valley State University. Some other honors include:
2014 Athena Award from the Grand Rapids Area Chamber of Commerce, has
been named one of the “50 Most Influential Women in West Michigan” six times
by the Grand Rapids Business Journal, and in 2016, she was named one of Crain’s
Detroit 100 Most Influential Women in Michigan.

She earned a Master of Social Work degree from Western Michigan University
with a concentration on Policy, Planning, and Administration, and has continued
her education with courses at Stanford University and Harvard University.