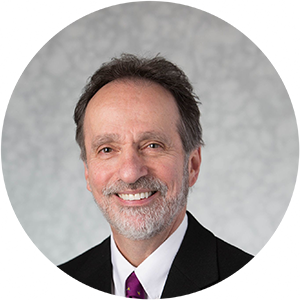 Established by Dr. Gilbert and Patricia Davis in honor of Robert Franciosi, professor of English and a faculty-in-residence in the Frederik Meijer Honors College at Grand Valley State University (GVSU). The Davises have deep connections to Grand Valley. This includes Dr. Davis’ long tenure as a professor in the English Department, and their commitment to student support in establishing a merit scholarship for English majors, a humanities scholarship, and a scholarship for Theater majors.

Born and raised in New York just a few miles from Walk Whitman’s birthplace, Rob Franciosi has spent nearly all of his adult life in the Midwest: first at the University of Iowa, then at Iowa State University, St. Olaf College, and eventually GVSU. During his tenure at Grand Valley he has served as chair of the University Academic Senate, director of the M.A. in English program, and in 2016 he received the Glenn A. Niemeyer Outstanding Faculty Award.

Teaching for both English and Honors, his focus on American Literature and culture has evolved to include scholarship on how Americans faced and interpreted the Holocaust. This work led to Elie Wiesel: Conversations (2002); the memoir Good Morning (2001), by Grand Rapids survivor Joseph Stevens; and articles on such writers as John Hersey, Anne Frank, and Art Spiegelman. But American literature remained his first and primary love. In establishing a scholarship for students with an interest in the subject, he hopes to encourage a similarly rewarding passion.

When Rob Franciosi interviewed at Grand Valley in 1988, he taught a session of an American literature course being offered by Professor Gil Davis. He is especially honored by the generosity of Pat and Gil Davis in establishing this scholarship in his name and grateful for more than three decades of friendship.


Page last modified November 5, 2021
Report a problem with this page