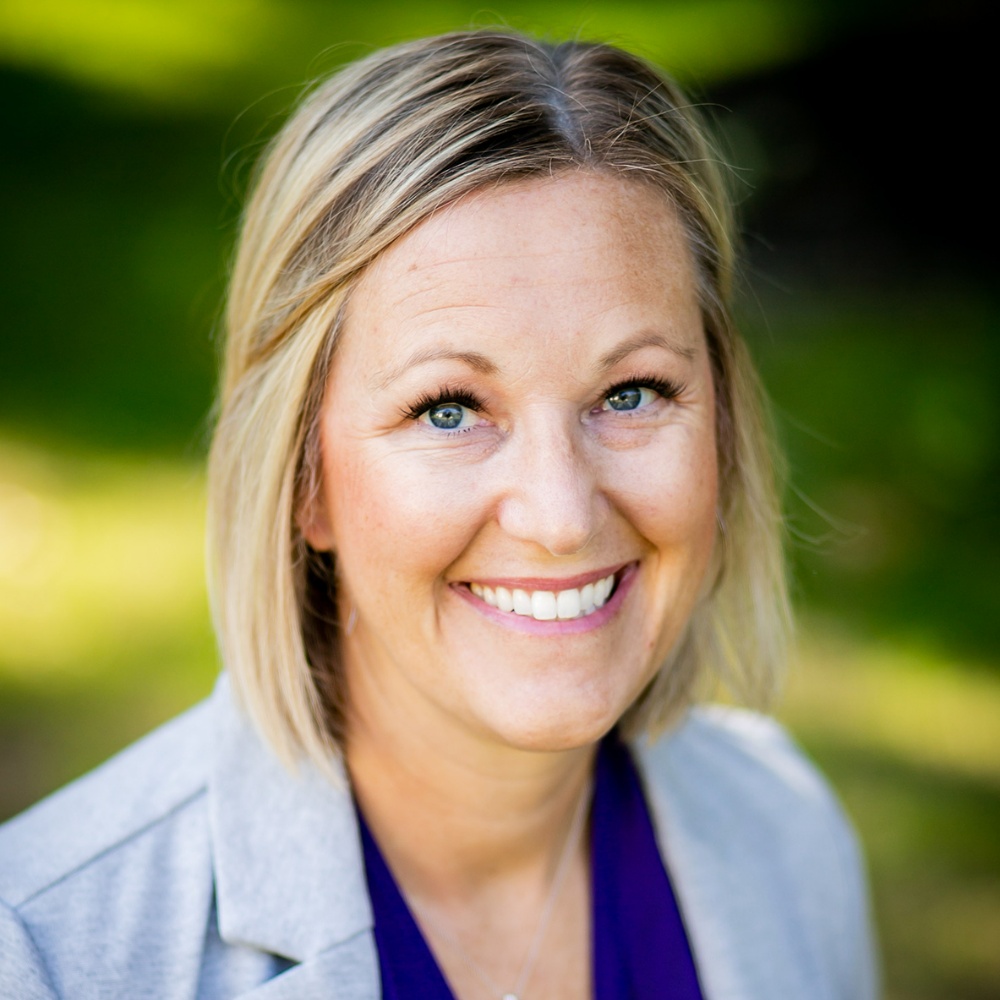 The GVSU Charter Schools Office is excited to welcome Courtney Stahl to the team as the newest School Support Specialist.

Prior to joining the CSO, Courtney spent more than 20 years working as a middle school classroom teacher and a K-8 administrator. She most recently served as the principal of Beach Elementary School, located in Muskegon.

Courtney is a lifelong resident of West Michigan, growing up and attending school in Grand Haven. During her undergraduate studies at Calvin College, she kept feeling the need to switch her major and pursue a career in education.

“I just always loved working with kids through my years of being a nanny and other jobs where I had leadership roles when working with students,” she said.

Courtney also recalled the lasting impact that her 3rd-grade and 4th-grade teachers had on her and the role they played in the community at large.

“Those teachers were very memorable because they built such strong connections with their students. They were always being invited to celebratory events by students who had them as teachers many years prior, and they remembered their students well after they had left their classrooms.”

Inspired to follow in their footsteps, Courtney initially envisioned becoming a 3rd-grade teacher as well. She found an even stronger passion working with older students, however, after initially being placed in a middle school.

“I really liked that middle school students could be more independent but were just little kids in big, awkward bodies!”

Courtney spent 12 years as a classroom teacher at Fruitport Middle School, teaching 6th-grade and 8th-grade math along with 6th-grade English language arts. One of her primary goals was to change the perception that math should be a discouraging subject.

“As kids get older it seems like kids really like math or really hate it, with very little feelings in between,” she said.

Courtney tackled this task by chunking things into a structure that allowed for more formative assessments, creating more pathways for individualized instruction. “I wanted to honor what each child knew and help those who struggled to understand their areas for improvement, not just put ‘I don’t know’ as an answer.”

After her time as a classroom teacher Courtney spent time as the middle school’s assistant principal and transitioned to Beach Elementary to be a K-5 principal. Upon stepping into her new leadership role, Courtney remembered the mix of excitement and anxiety she felt taking the lead at a high-performing school.

“I was wondering how I would fill somebody’s shoes who left such a legacy, but rather than doing that, I kept reminding myself to ‘continue the walk’ in my own way,” she said.

Her biggest piece of advice for any new school leader is to build a strong base with staff members. “It’s always good to listen first to those who are in the building and seek out those teacher leaders who you think can best support your work and goals.”

Outside of education Courtney spends a lot of time traveling around Michigan and the country for her kids’ sports events. She is also the youth group leader for her church and loves surprising her family with mystery trips.

As she prepares to work alongside schools, Courtney is eager to help other educators advance educational equity. “Every student has the chance to be successful for the rest of their life,” she said, “and we must be ready to equip students to be productive in whatever path they choose.”


Page last modified August 1, 2022
Report a problem with this page