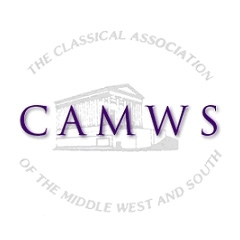 Allie Pohler is one of seven recipients of the 2016 Manson A. Stewart Scholarship, awarded by the Classical Association of the Middle West and South (CAMWS). Each winner will receive $1,000 to support his or her study of the Classics during the 2016-17 academic year.

CAMWS is an academic organization that focuses upon the study of ancient Greece and Rome. Founded in 1905, it is the largest regional classical association in North America, covering thirty-two states and three Canadian provinces. The Stewart Scholarship recognizes outstanding young classicists from colleges and universities in the CAMWS area.

The award was announced on March 19, 2016, at the Association's 112th Annual Meeting in Williamsburg, Virginia.


Page last modified July 23, 2016
Report a problem with this page