Sometimes the nature of a faculty member’s research with students provides a public service, too. We asked investigative journalism Professor Jeff Kelly Lowenstein to share how work on a global lottery investigation provided his students with a wonderful international experience.

A respectful hush came over the 1,200 investigative reporters from 130 countries gathered in the Great Hall at Johannesburg’s Wits University as Filipino journalist Patricia Evangelista started to talk.

“Once upon a time, which is the only good and proper way to begin a story, there was a mother and a father who lived in a cinder block house with their six children in the slums,” began Evangelista who spoke in harrowing detail about the brutality that has overtaken the Philippines since the election in June 2016 of Rodrigo Duterte and the inception of his drug war that has seen close to 4,000 Filipinos murdered by the police.

She explained that the family’s 12-year-old daughter Christine was with her father when the police shot him. The daughter blamed herself. Had she held her father tighter, the girl thought, he might still be alive.

“The problem in my country isn’t that we don’t understand human rights, it’s that we decided one day that some people aren’t human,” Evangelista concluded.

Her comments highlighted the kickoff of the tenth Global Investigative Journalism Conference. Started in 2001, the biennial conference brings together journalists from across the planet for four days of panels, hands-on training, and networking.

Jointly sponsored by Wits and the Global Investigative Journalism Network, the event was the result of a year of planning to provide participants with an optimal experience.

It was the first time the conference had ever been held in Africa. Anton Harber, Caxton Professor of Journalism at Wits and the conference convener, wanted to have a global conference with an African flavor. Indeed, there was a greater presence of journalists from the continent than had been able to attend previous versions. This included participants like Bafana Busani, an award-winning Zimbabwean journalist who attended the conference while his country was going through the peaceful coup toppling dictator Robert Mugabe. “Thank you for your best wishes for my country,” he wrote in a post-conference email. “I hold hope that we will come out of the woods and secure a future for us all.”

The first-ever student newsroom was another distinctive feature.

Enter McKenna Peariso and Eric Deyo, Grand Valley Multimedia Journalism majors and the only American students in a newsroom with more than 40 students from throughout South Africa and Germany. Together the pair wrote, shot video, snapped pictures and tweeted throughout the four days.

Support from CLAS Dean Fred Antczak, School of Communications Unit Head Jonathan Hodge and Office of Undergraduate and Research and Scholarship Director Susan Mendoza made their participation possible. Deyo and Peariso went through a department-wide application process before meeting weekly to plan out how to maximize their time in South Africa.

It was a significant process.

Both students had to purchase passports as neither of them had ever been outside of North America. Nevertheless, they navigated the communication and cultural challenges they encountered with skill and grace.

Peariso later told WGVU’s Shelley Irwin that she returned with an expanded understanding of the privileges she has as an American journalist and a commitment to take constructive action:  “While we were over there, we met so many journalists that had risked their lives just to get out the truth and fight for justice. I want to use the privilege I have to not only do my best to be honest and truthful here, but to get the word about journalists in other countries that have it a lot harder than I do.”

Deyo, a father of three who has battled social anxiety, drew a more personal lesson. “The people here are so wonderful and so accomplished,” he told me on the conference’s last night. “Being here makes me feel like I can be one of these people.”

Jeff Kelly Lowenstein is an assistant professor of Multimedia Journalism in the School of Communications. In addition to working with Deyo and Peariso, he presented about a global lottery investigation he helped lead with more than 40 people from 10 countries working in Africa, Europe and the United States. His goal is to have Grand Valley students present their work at the 2019 global conference, which will be held in Hamburg, Germany. 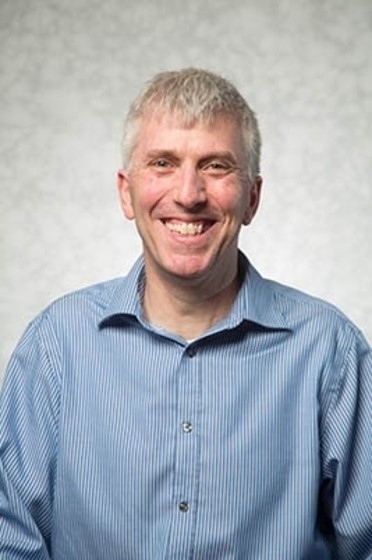 
Page last modified July 13, 2020
Report a problem with this page