In Loco Parentis and the Fabric of Student Lives

Faculty and staff intuit that about midway through the term many students are a bit frayed. This phenomenon sparked a collaboration between CLAS and Housing[1] to pilot the first ever free Repair Clinic on October 22, 2017.

With some enthusiastic volunteer labor, a few sewing machines, a box full of notions, and some trail mix, the Repair Clinic was conceived to overtly address the torn shirts, lost buttons, stuck zippers, and detached backpack straps that many students have neither the experience nor materials to address.

At a deeper level, it was intended to be a place where a little on-the-spot advising could happen and the restorative effects of home could make a short visit.

“We had no idea if it would work, if students would come, but we had a hunch,” Monica Johnstone (CLAS College Office) said. “We wanted to provide a little ‘mom energy’, to make professors easy to approach, and to mend what needed mending.”

In the Holton Hooker living center room 109A at 6 p.m., the students started to stream in laden with clothes, backpacks, shoes, and eyeglasses that were often metaphors for the rigors and the privations of student life.

“The first item I worked on was a backpack that had a ripped bottom. It was nice to know we could help a student keep the bottom from falling out,” Johnstone said.

Anthropology’s Heather VanWormer’s favorite repair came with a great story of how the damage occurred; she also particularly enjoyed covering the Ferris State embroidery on a woman’s jacket with a new GV patch. Meanwhile Biology’s Jodee Hunt super-glued glasses back together and sewed on button after button while providing career advising. Assistant Dean Betty Schaner restored two toy hedgehogs and replaced a novel attempt by a student to hem his own pants--all while providing advising. Amy Russell of Biology taught two students to knit and was asked by the RAs assisting at the event if she could teach them.

“One of my favorite fixes was the couple darts we were able to put in the hood of a student’s winter coat. She told us it was too wide and the wind gets in. Once the darts were finished, she tried it on, zipped the coat up, snapped on the hood, hugged herself, and declared, ‘Now I will be so warm!’” Johnstone recounted. 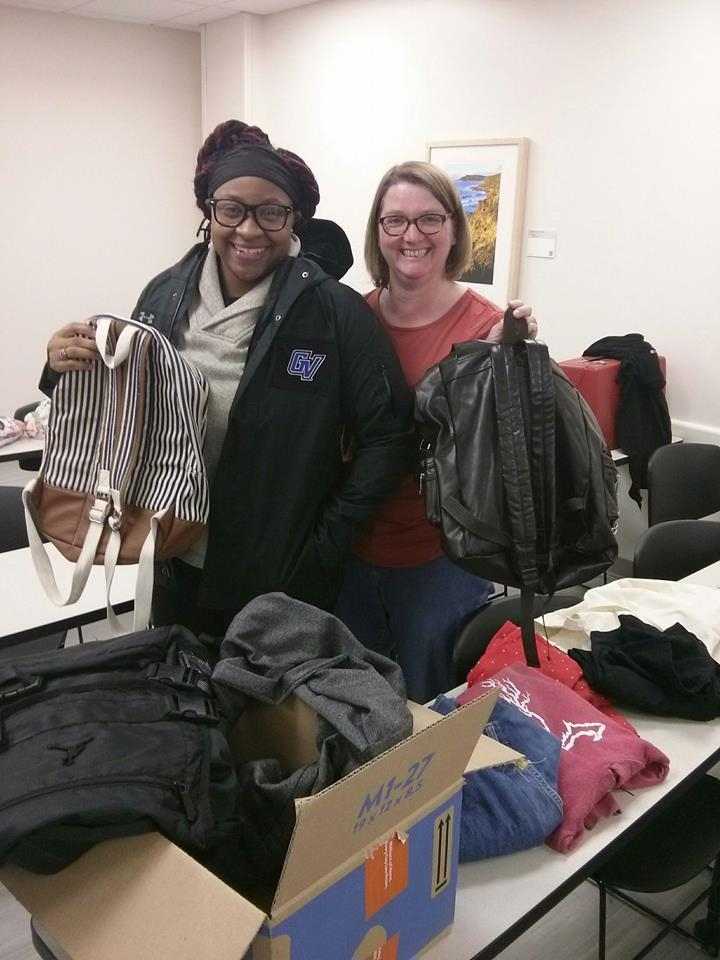 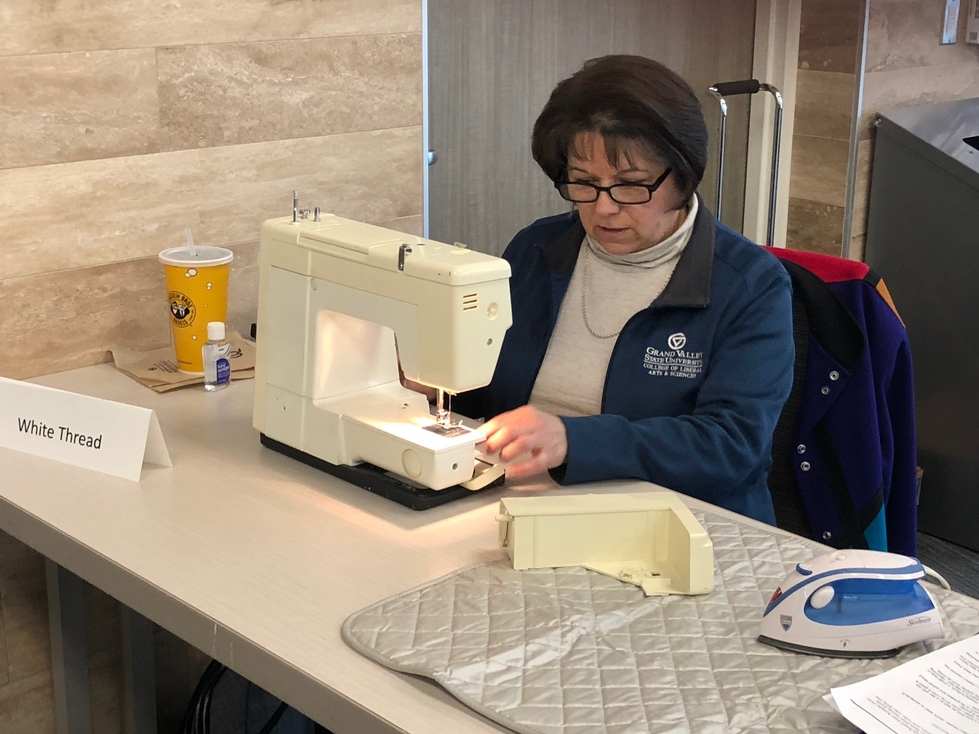 The event was popular with the first year residents of the living center and also a surprising number of international and graduate students.

“Can we do it again next month?” Danielle the Resident Assistant asked.

It took a little more than a month, but Repair Clinic II was back February 22, 2018 with a larger volunteer crew from many campus offices. An additional 48 repairs were made, and an advisor on hand discovered that one student in attendance would be able to graduate a semester earlier than she had imagined. 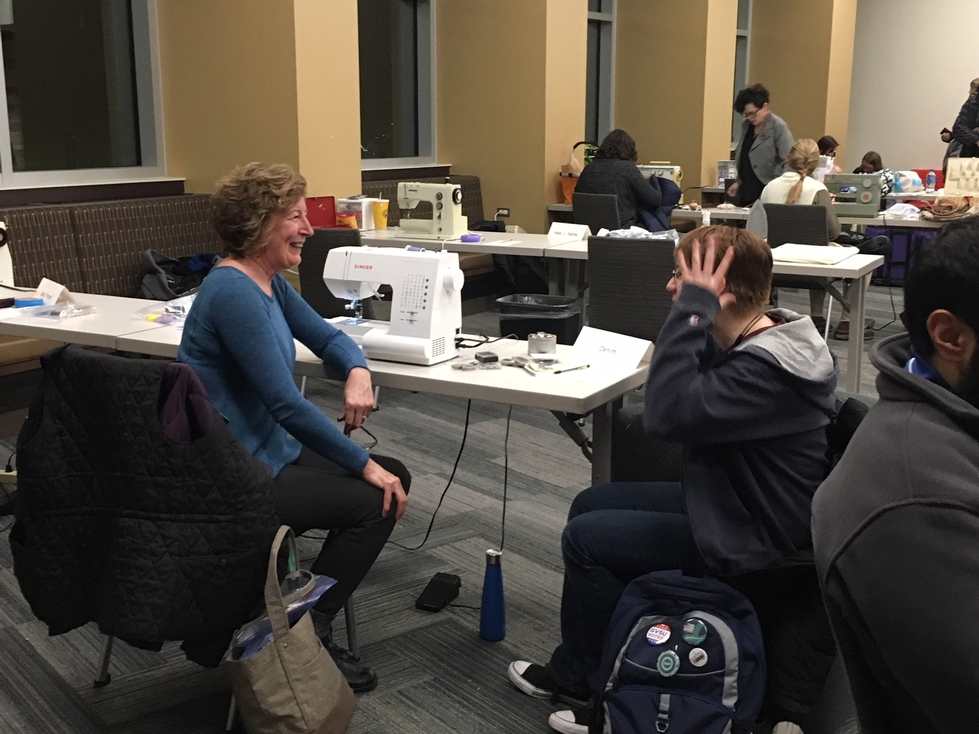 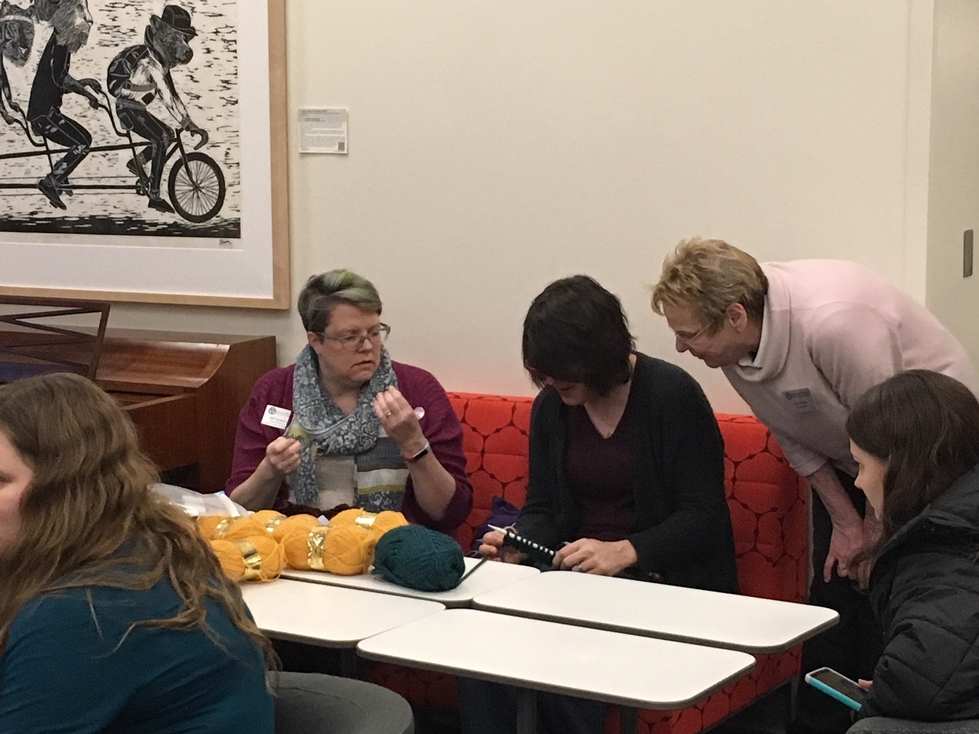 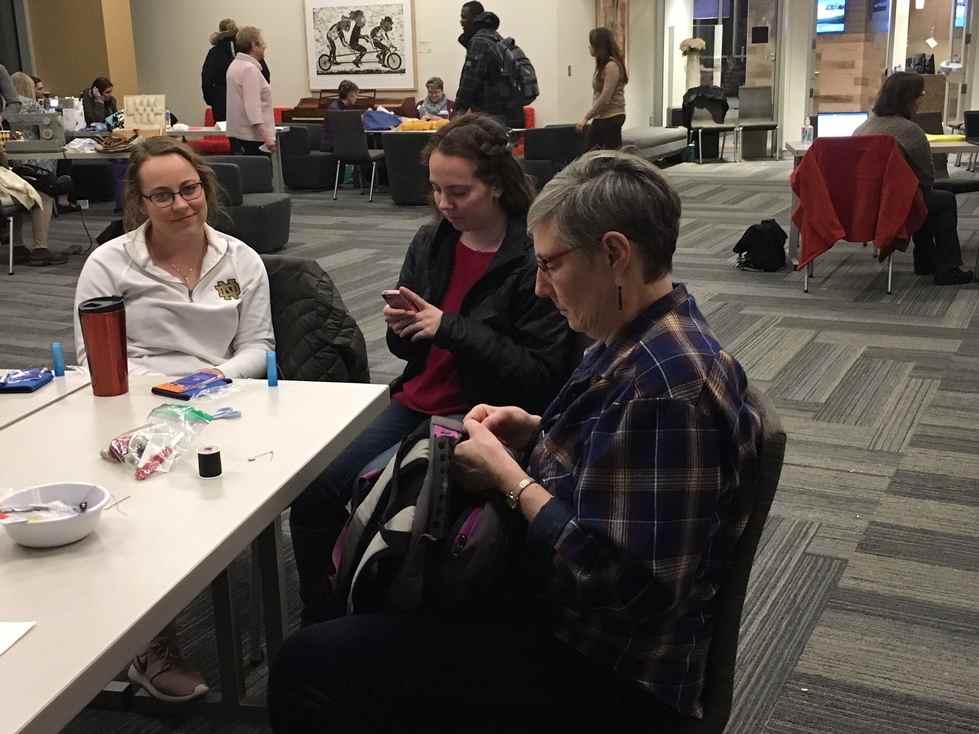 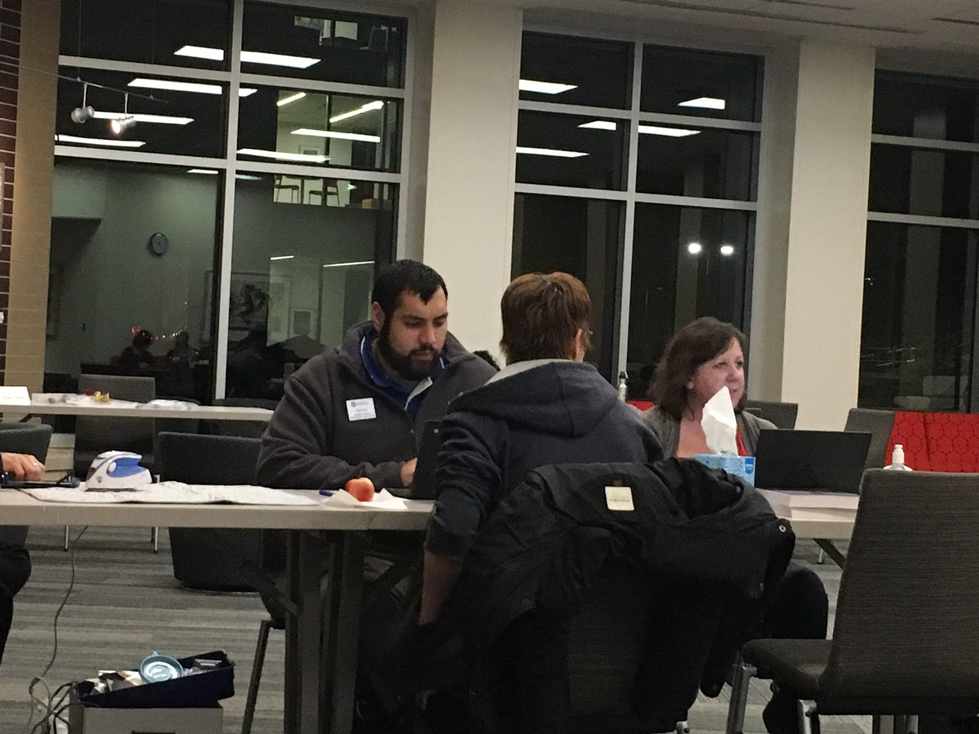 [1] Special thanks for the organizational and advertising work by Housing Associate Director Colleen Lindsay-Bailey.


Page last modified April 1, 2021
Report a problem with this page