"Herschell Turner grew up in Grand Rapids, MI in the 1950s and 60s. He experienced first-hand the Jim Crow racism of pre-civil-rights America. In July 1967, riots broke out on the Southeast side of Grand Rapids in response to the poverty, high unemployment, lack of affordable housing, and strained police relations in the area. These followed similar protests happening across the United States in larger cities like Detroit. At the time, Turner was serving as Director of the Baxter Community Center and he opened the center to the community to meet with police and other officials to discuss shared solutions to those issues.

Turner draws from his personal experiences and his dedication to social justice and universal human rights in his artwork by portraying Black culture and the experiences of Black people. He highlights how those experiences differ from more commonly portrayed white experiences. For example, in his painting “Old Blues Singer,” you may recognize the color scheme and subject of this painting as reminiscent of Pablo Picasso’s “The Old Guitarist.” In Turner’s painting however, a Black man is the main subject. The painting’s title, “Old Blues Singer'' focuses our attention on the idea of the blues rather than just the guitar. With this title, I think Turner wanted to not only share an element of the Black experience but also highlight another aspect of Black culture and history; blues music, a musical genre that originated in the Deep South from African musical traditions.

Turner's artwork causes me to reflect on the lack of representation of the Black community and experience in the visual arts. I’m interested in learning more about Black artists, history and culture as I continue to educate myself and become a better ally to the Black Lives Matter movement." - Megan Daniels 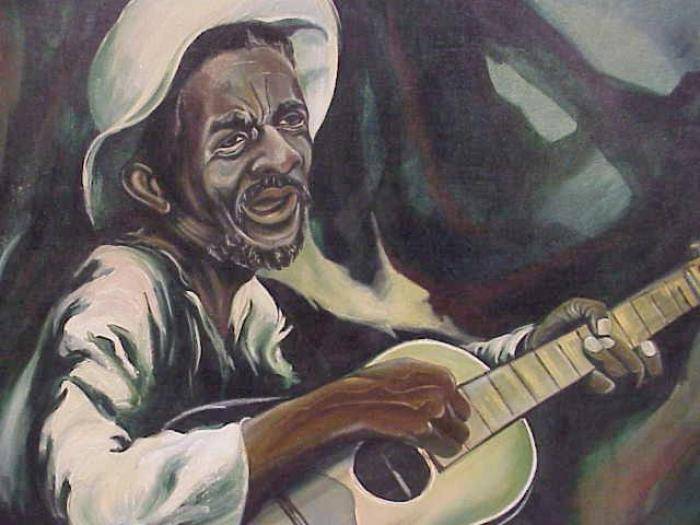 Page last modified August 6, 2020
Report a problem with this page