In preparation for the exhibition MATHIAS J. ALTEN: AN AMERICAN ARTIST AT THE TURN OF THE CENTURY that traveled to The Dennos Museum Center at Northwestern Michigan College in Traverse City, September 20, 2020 through January 31, 2021, the #GVSU Art Gallery team, including staff and students, gathered stories and information about Alten's life and work that create a vivid portrait of the artist. Erin Harshberger, GVSU class of 2021, learned about a technological breakthrough in painting tools in the early 1900s.

"While researching information about West Michigan painter Mathias Alten’s process I discovered some interesting facts about the development of portable painting tools in the 1800s. In 1841 the tin tube was invented allowing painters to take their materials out into the environment with them for the first time. This was revolutionary, before this invention painters had to mix their paints themselves in the field, using pigment and oily animal fats. They stored them in pig bladders that were tied on the end and would pop them to access the paint, but the bladders couldn’t be resealed. Just as important to the process was the creation of the box easel; a portable box that carries a canvas, has space for all the desired tools, and when opened, holds the canvas like an easel. This was the beginning of en plein-air painting, which is the act of painting a landscape outdoors, on site. This bit of information was particularly fun to research, because the concept of the paint tube seems so simple now—I had never given a second to the need for these things before." Erin Harshberger 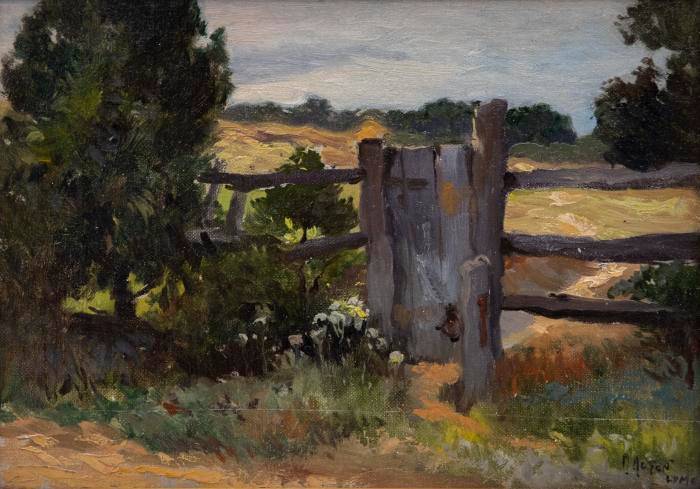 Page last modified October 8, 2020
Report a problem with this page